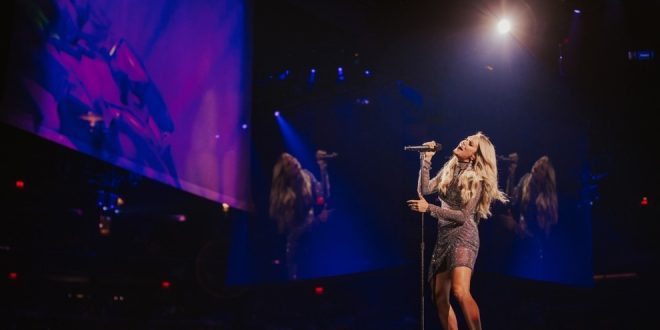 Carrie Underwood performed to yet another sold-out arena at New York’s famed Madison Square Garden on October 2, following recent sold-out shows at Nashville’s Bridgestone Arena and L.A.’s STAPLES on her CRY PRETTY TOUR 360. While in NYC, Underwood will also perform on The Late Show with Stephen Colbert Thursday before resuming the tour with upcoming stops in Washington, D.C., Philadelphia, Boston, Toronto, Cleveland, Atlanta, Chicago, and others before concluding on October 31 in Detroit. The tour is sponsored by CALIA and promoted by AEG Presents, with special guests Maddie & Tae and Runaway June. 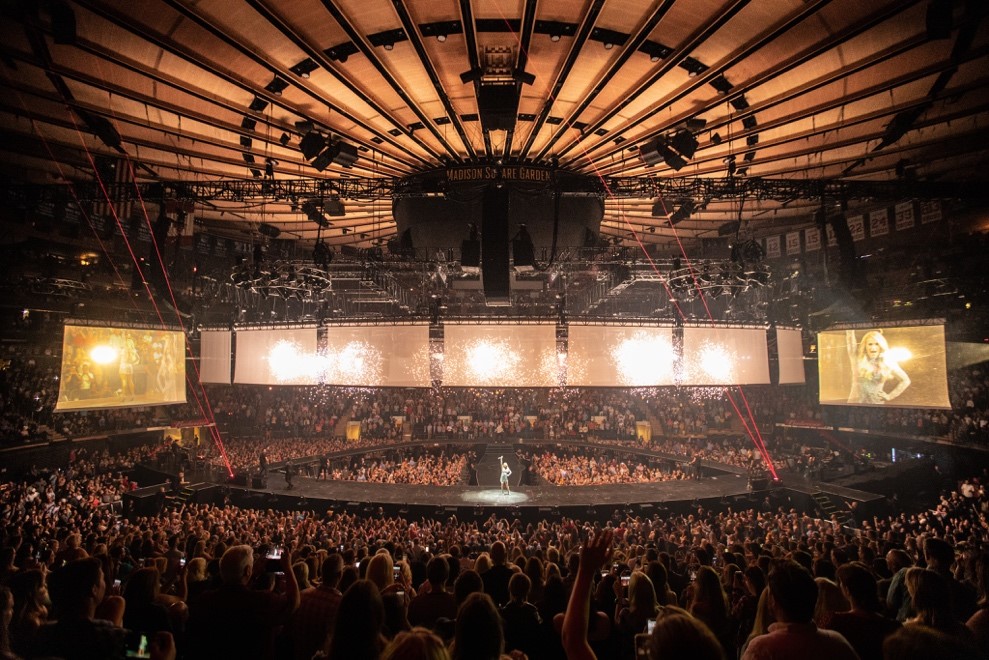 Music editor for Nashville.com. Jerry Holthouse is a content writer, songwriter and a graphic designer. He owns and runs Holthouse Creative, a full service creative agency. He is an avid outdoorsman and a lover of everything music. You can contact him at JerryHolthouse@Nashville.com
Previous Scotty McCreery To Perform His First Concert At Ryman
Next Watch: Charley Crockett’s Opry Debut