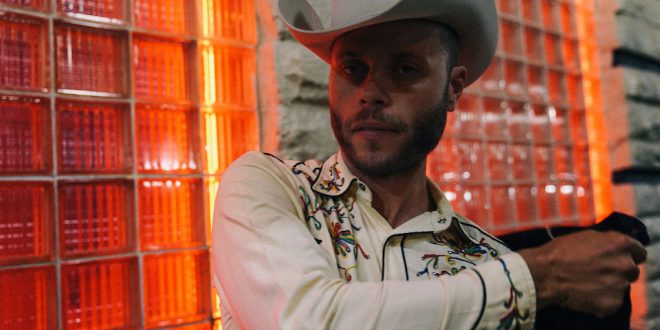 Charley Crockett made his Grand Ole Opry debut back in June, and to commemorate the occasion, the Opry has made an episode of their “My Opry Debut” series focused on his debut. Crockett discusses what his Opry debut means to him, and in addition to clips of his performance in front of a sold out crowd that night, the “My Opry Debut” video also features archival footage of Crockett busking on the NYC subways and Garth Brooks and Trisha Yearwood offering their congratulations and some advice.

Charley Crockett released his latest album The Valley two weeks ago via Son of Davy/Thirty Tigers to press raves and radio success. The Valley continues to pick up steam at Americana radio, sitting at #17 this week on the album chart. The title track from The Valley moves up the Americana singles chart to #25.

The Valley is Crockett’s fourth album in two years, and his first full-length following the life-saving open-heart surgery he underwent in January. With his own mortality staring him in the face, Crockett wrote and recorded these songs one week before the surgery, determined to make the album on his terms. You can hear the urgency throughout the record.

Crockett, who just wrapped up a month-long headlining European tour, will head back out on a U.S. headlining fall tour this week – a long way from the 10 years he spent busking on the street. The tour will begin tonight in Lubbock, TX, and includes shows at the Troubadour in L.A., Tractor Tavern in Seattle, WA, and the Great American Music Hall in San Francisco, CA. This comes during what has already been a banner year for Crockett, who has made his Stagecoach Festival, Grand Ole Opry and Newport Folk Festival debuts in 2019.

Music editor for Nashville.com. Jerry Holthouse is a content writer, songwriter and a graphic designer. He owns and runs Holthouse Creative, a full service creative agency. He is an avid outdoorsman and a lover of everything music. You can contact him at JerryHolthouse@Nashville.com
Previous Carrie Underwood Sells Out Madison Square Garden Twice
Next Maren Morris Teams Up With Hozier For “Bones”