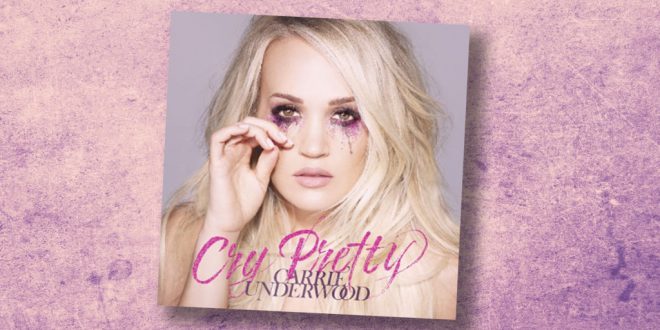 Carrie Underwood has spent the last month sharing her critically-acclaimed album Cry Pretty with the world. Before heading to Australia for more international promotion, Underwood was joined by family and friends for her star ceremony and induction into the Hollywood Walk of Fame, as well as, a performance at the iHeart Radio Music Festival in Las Vegas, NV.

In Australia, she performed in front of a live audience on The AFL Footy Show’s Grand Final Edition from Melbourne’s Rod Laver Arena and headlined the iconic Deni Ute Muster’s 20thAnniversary Festival in Deniliquin, New South Wales, for a crowd of nearly 18,000 people.  In addition to appearances on ABC News Breakfast and her third on Australia’s nightly news and entertainment program, The Project, she performed an outdoor concert live from Melbourne’s Federation Square on Sunrise, the No. 1 breakfast show, as part of their annual Grand Final Brekky Party, leading up to the country-wide AFL Grand Final weekend celebrations.

The UK’s Music Week says, “While it is with a reasonable degree of certainty that artists will typically herald their latest album as their most personal to date, in Underwood’s case that claim has authenticity…Underwood’s career stands as an exemplar of how to do everything right.”

Cry Pretty debuted at No. 1 on the Billboard 200 and two weeks at No. 1 on the Billboard Top Country Album Charts, making Underwood the only woman in history to land four country albums at the top of the all-genre Billboard 200 chart, as well as the first female country act to top the Billboard Artist 100 Chart. The critically-acclaimed album is the best-selling Country album debut of 2018. Cry Pretty’s debut week also marks the most first week streams by any female in Country music. This is Underwood’s seventh consecutive album to debut at No. 1 on the Top Country Albums chart, representing all of her first seven albums including her Greatest Hits: Decade #1.

The album is Underwood’s first release on Capitol Records Nashville and her first time co-producing alongside David Garcia.  She co-wrote nine of the songs on the album including her current single, “Love Wins,” with David Garcia and Brett James.  She recently released the official music video for “Love Wins,” which was directed by Shane Drake.

As previously announced, Underwood will launch a new arena tour, The Cry Pretty Tour 360 in Spring 2019.  Sponsored by CALIA, the new tour will kick off on May 1 in Greensboro, NC, and will play 55 arenas across the U.S. and Canada and be promoted by AEG Presents.  She will be joined on tour by special guests Maddie & Tae and Runaway June

Music editor for Nashville.com. Jerry Holthouse is a content writer, songwriter and a graphic designer. He owns and runs Holthouse Creative, a full service creative agency. He is an avid outdoorsman and a lover of everything music. You can contact him at JerryHolthouse@Nashville.com
Previous Alt Folk Duo, Alright Alright, Set To Release Debut Album
Next Dierks Bentley Unveils “Burning Man” Video