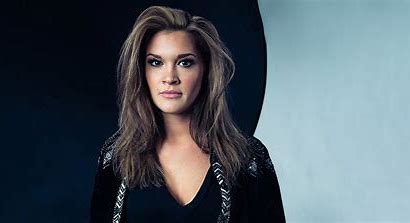 Country rocker Cameron DuBois returned to the famed music scene of Muscle Shoals, Alabama to cut a new melodic tribute for single Mothers everywhere called “Modern Day Wonder Woman.” (listen above) Just in time for Mother’s Day, the new song is available now everywhere digital music is streamed or downloaded (linktr.ee/CameronDuBois), and goes the extra mile to spotlight the Alabama native’s two greatest attributes as a singer-songwriter; her voice and the song’s message.

“This song is dedicated as an early Mother’s Day gift to all the ‘single momma strong’ mothers out there,” said DuBois. “Especially to those who are wearing two or more hats and carrying heavy responsibilities every single day of their lives.”

Cameron recently cut the track at The NuttHouse Studio, and also picked up her first ever production credit on a song. Working alongside famed Muscle Shoals’ Songwriter and Producer Jimmy Thrasher on both the writing and production of the song, Cameron was excited to step into a new role that was beyond her norm.

“My daughter Molly was a single Mom for a short while,” Thrasher added. “I watched her do the nearly impossible daily. I also have friends who are single Moms whose stories are the same. They truly are a ‘Modern Day Wonder Woman.’”

Music editor for Nashville.com. Jerry Holthouse is a content writer, songwriter and a graphic designer. He owns and runs Holthouse Creative, a full service creative agency. He is an avid outdoorsman and a lover of everything music. You can contact him at JerryHolthouse@Nashville.com
Previous Randy Rogers, La Maquinaria Norteña Releasing Cinco de Mayo Surprise
Next Pilgrimage Is Back! Get your Tickets Here.