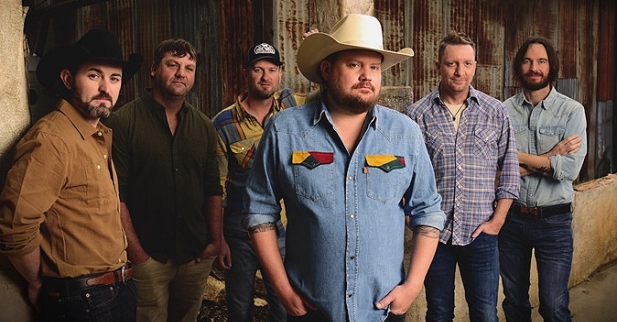 Texas-based, GRAMMY-nominated La Maquinaria Norteña (pronounced “Lah Ma-kee-NAR-ee-ah Nor-TEN-ya”) and The Randy Rogers Band, collaborated on a new song called “Chupacabra” that will be out on May 5 — Cinco de Mayo.

“This song is a product of lockdown and division that slapped our world In the face,” says Randy Rogers. “Keith and I had a vision of joining forces and cultures to create something to believe in. The common man, humanity, and the gift of music and how it can bring us all together. Chupacabra is real, it’s our way of reminding you that the human condition is actually, love.” 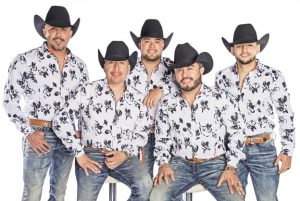 Adds Keith Nieto, band leader for La Maquinaria Norteña, “Randy and I met through a mutual friend on the GRAMMY (Texas Chapter) board named Carlos Álvarez. Carlos is with Azteca Music Group which is La Maquinaria Norteña’s record label. At one point mid-2020, Carlos presented an opportunity to work on a song with Randy and I accepted the offer. I took a trip to Randy’s house where we wrote what is now called ‘Chupacabra,’ and what’s funny is that I had already written part of the song in English! Since then a great friendship has evolved. Our wives are also in touch and were planning a couples trip to Cabo San Lucas!! They also have the same taste in dogs and now we have matching white Pomeranian dogs. All in all it’s been a great experience. We hope ‘Chupacabra’ is the next big line dance to hit!”

The band recently completed the music video for “Chupacabra,” which was filmed at Silver Saloon in Terrell, TX and produced and directed by Andy Tran for Muddy Shutter Media (MSM).

“With a dance hall flavored song like ‘Chupacabra,’ a line dance was not a question,” Keith says. “Randy’s initial idea, with help of some family and friends, came about for the dance and was finalized literally during the shoot at the venue when one of the extras (Nicole Padilla) put the ending touch to the dance step together with Randy. The goal was to create simple moves that go with the song. We hope to see everyone doing the ‘Chupacabra’ on their personal social media and in dance halls everywhere, soon!”

Music editor for Nashville.com. Jerry Holthouse is a content writer, songwriter and a graphic designer. He owns and runs Holthouse Creative, a full service creative agency. He is an avid outdoorsman and a lover of everything music. You can contact him at JerryHolthouse@Nashville.com
Previous Jason Aldean Will Stream From Bonnaroo Farm For Those Who Can’t Attend
Next Cameron DuBois Salutes Mothers In “Modern Day Wonder Woman”