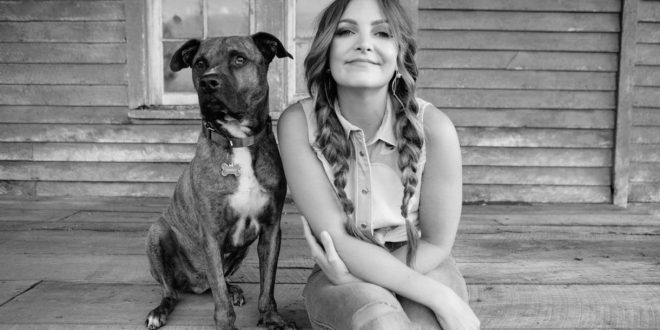 With a big 2022 now in the rear-view mirror, country artist Brit Taylor is promising a 2023 full of more new music and tons of shows. The Kentucky-born singer/songwriter is releasing new music including her new single “Ain’t A Hard Livin’ ” on January 13 and her sophomore album Kentucky Blue (listen to the title track above) on February 3 and hitting the road soon.
Pre-save here.

Another Taylor original, “Ain’t A Hard Livin’ ,” is a semi-autobiographical tune that combines fiddles and real life into a fresh new song with just a touch of ’60s rock and dose of country twang. It is the final pre-release from her Sturgill Simpson/David Ferguson-produced album, Kentucky Blue. She will then hit the road, sharing Kentucky Blue with audiences across the South as well as at the Railbird Music Festival and Schellraiser Festival this summer.

“I feel like 2022 has lasted about four years,” Taylor said. “It’s been a lot of hard work, and I know the hardest work is just beginning. In truth, the hardest part for me has just been the waiting. I am so excited to finally release this new music. Sitting on it since we recorded it has been pure torture. I can’t wait to get the music out there and hit the road!”

Taylor recorded the singles and her new album in late 2021 at the Clement Recording Studio (formerly The Cowboy Arms Hotel and Recording Spa) with Simpson and Ferguson. Last year, Taylor pre-released three singles from the album as well as a Christmas duet with Mike and the Moonpies. She also toured in support of Blackberry Smoke, Kelsey Waldon, Dwight Yoakam, Alabama and Ian Noe as well as headlining her own shows.

Look for Brit Taylor on February 4th here in Nashville at the The Basement.

Music editor for Nashville.com. Jerry Holthouse is a content writer, songwriter and a graphic designer. He owns and runs Holthouse Creative, a full service creative agency. He is an avid outdoorsman and a lover of everything music. You can contact him at JerryHolthouse@Nashville.com
Previous Tyler Hubbard Releases “Me For Me”
Next Dolly Parton, Belinda Carlisle, Cyndi Lauper, Gloria Estefan & Debbie Harry Team Up