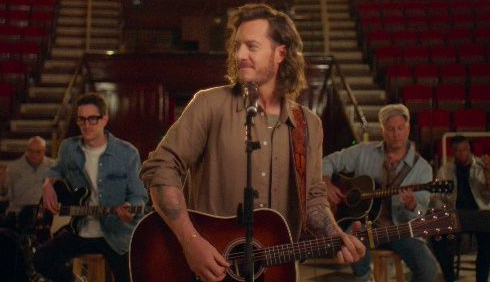 Tyler Hubbard Releases “Me For Me”

EMI Records Nashville recording artist Tyler Hubbard is gearing up for the January 27th release of his debut solo album, Tyler Hubbard, and today released a new track, “Me For Me,” which also has an accompanying unofficial music video. (watch above) The song was written by Hubbard and fellow artists and friends, Russell Dickerson and Thomas Rhett, and was produced by Hubbard and Jordan Schmidt. The song highlights the beautiful parts of a relationship and loving people for who they are.

“‘Me For Me’” was written with my good buddies, Russell Dickerson and Thomas Rhett. We set aside a few hours and just thought we’d see what happens. We ended up writing ‘Me For Me,’ which quickly became one of my favorites because it really felt personal and real. I love when an unexpected song falls out of thin air, especially with two of your best buds. I couldn’t wait to get into the studio with (producer) Jordan and bring the song to life.”

Tyler Hubbard has already had a remarkable career as a songwriter and as one half of multi-platinum duo Florida Georgia Line. Now Hubbard is embarking on a solo career. Hubbard’s debut solo album, Tyler Hubbard, features his hit debut solo single “5 Foot 9,” which already hit No. 1 at radio, was certified Gold by the RIAA, and has nearly 270M global streams. It also features Hubbard’s current single, “Dancin’ In The Country,” which already has over 30M global streams and is now climbing the Top 40 at country radio. In anticipation of his debut solo album, this past summer Hubbard released a six-song project, Dancin’ In The Country, which debuted with over 10,000 SPS units (sales plus streaming) making it the second best-selling country EP debut of the year. It also debuted at No.1 on the Heatseekers Albums chart, No. 6 on the Current Country Albums sales chart, and No. 107 on the Billboard Top 200 chart. Since releasing his debut single, Hubbard has released nine unofficial music videos.

Music editor for Nashville.com. Jerry Holthouse is a content writer, songwriter and a graphic designer. He owns and runs Holthouse Creative, a full service creative agency. He is an avid outdoorsman and a lover of everything music. You can contact him at JerryHolthouse@Nashville.com
Previous Chapel Hart Honored In Their Home State
Next Brit Taylor Kicks Off 2023 With New Music.