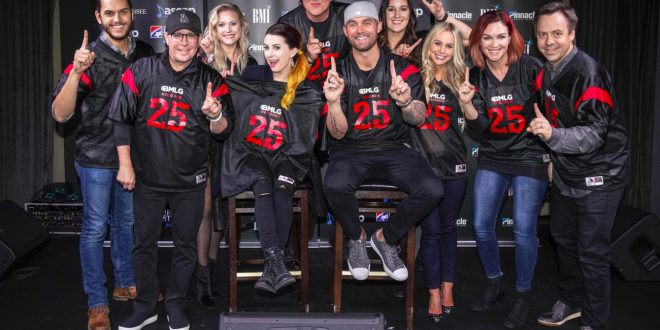 It has only been one year since Brett Young emerged on the Country music scene with the release of his debut self-titled album, but Young has been “in the fast lane to become one of country’s breakout stars”ever since, quickly setting himself apart from the pack as he continues to garner accolades for a debut artist. One of only three acts within the genre to earn gold-certification for an album released last year, Young  is consistently hitting the charts, with three consecutive No. 1 hits. Yesterday, at Nashville Underground, Young celebrated his latest chart-topping hit “Like I Loved You,” which he wrote alongside Jesse Lee.

Young’s breakout hit “In Case You Didn’t Know” has reached 3X PLATINUM status, making him the only debut Country artist since 2014 to earn the honor and the only new Country act to have a song released in 2017 go MULTI-PLATINUM. The hit’s official music video surpassed 170 million views – more than any debut Country artist, and Young was the only artist with two videos on VEVO’s Top Country Videos of 2017. Named as the only Country act to Billboard’s Top 10 New Artists, fans have flocked to hear Young’s distinct sound live, selling out every single stop on his debut headlining CALIVILLE TOUR.