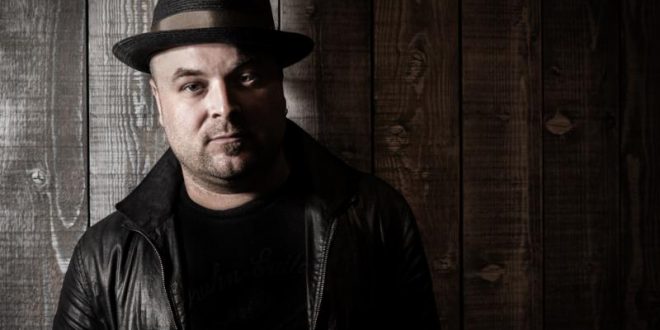 Nashville-based touring guitar player and in-demand studio cat, Guthrie Trapp will roll-out Life After Dark, his star-studded second album, on March 9, 2018.
Trapp brought together heavy-hitters from blues (Jimmy Hall), soul (McCrary Sisters), jazz (Jeff Coffin), and bluegrass (Sam Bush), along with some country-music royalty (Vince Gill, Paul Franklin) to perform on his high-energy new record,Life After Dark.
“I’m super fortunate to be able to make music with people of this caliber and even more grateful to call them my friends. I know it will always be a fun hang as well as great music,” Trapp says. “That energy translates directly to the music. If you put on ‘Mojo Workin’ while in the car, you’re probably going to start driving faster.”
Country Music Hall of Famer and winner of 21 Grammy awards Vince Gill lent his soprano sweetness to Trapp’s Tele-driven version of George Jones’ “You’re Still on My Mind.” While legendary vocalist Jimmy Hall joins Trapp on the blues classic “Got My Mojo Workin,” one of six cover tunes on the 12-song album.
“I play by feel and by ear and I believe the music on Life After Dark reflects that. My playing has always been shoot from the hip and cliffhanging,” the acclaimed guitarist says. “Music is meant to be taken extremely seriously without being overthought — I think good music has a life to it that you can feel and be truly moved by. We’ve recorded an album that sounds spontaneous because we recorded it in the studio like a live performance — everybody was in there playing all at once.”
Life After Dark also features six original songs, including “Commodity,” an instrumental jam piece that showcases why Trapp is called to play guitar on A-list studio sessions.
Other notable performers on Life After Dark include Stuart Duncan, Bekka Bramlett and Danny Flowers. Trapp even brought in his friend and country chart-topper Charlie Worsham to sing on the Don Gibson classic, “Oh Lonesome Me,” an update that offers toe-tapping zydeco influence.
“I cut this record at my favorite studio, Nashville’s Sound Emporium A — CowboyJack Clement’s old studio,” Trapp says. “Man, those sessions were such a blast and special to me. I feel like it really shows on this record.”
Trapp earned his Music City stripes in his early 20s performing guitar nightly atRobert’s Western World on Nashville’s neon-lined Lower Broadway. Robert’s, a legendary honky tonk located in the shadow of the Ryman Auditorium, has for years served as a launching pad for the careers of singers and musicians alike.
“Don Kelley hired me to join the band at Roberts,” Trapp says, referring to the famed bandleader regarded as the godfather of the Broadway honky tonks. “Playing guitar in that legendary place is a gunslinger position. As soon as Don hires you, you become Billy the Kid on the streets of Nashville. That was an honor.”
Over the four years Trapp played with Kelley, he simultaneously toured with country artist Patty Loveless. Trapp played on three of her albums including Mountain Soul II, which won a Grammy award for Best Bluegrass Album in 2011.
Since arriving in Nashville in 2002, Trapp has worked with top artists from myriad genres that Nashville has grown to comprise, including country music’s Garth Brooks and George Jones, pop-turned-Americana artist John Oates, blues’Delbert McClinton, R&B’s Steve Cropper, bluegrass’ Alison Krauss and Earl Scruggs, Mike Gordon and JoJo Hermann from Phish and Widespread Panic, respectively, and dobro master Jerry Douglas, who he toured and recorded with for seven years, to name just a few. Trapp feels Life After Dark pays homage to his many influences up to this point in his life.