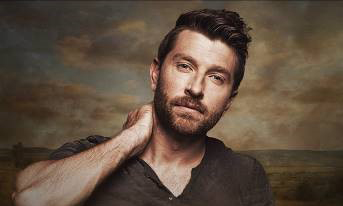 On the heels of his debut run, platinum-selling recording artist Brett Eldredge has announced a fall 2018 leg of his headlining The Long Way Tour
Buy Tickets Here!

Brett Eldredge Announces Abby Anderson Will Join Him On Tour

On the heels of his debut run, platinum-selling recording artist Brett Eldredge has announced Abby Anderson will join the much-awaited fall leg of his headlining The Long Way Tour. Abby, a Pandora “2018 Country Artist to Watch,” will add her signature sound to the tour.

“I am so excited to have Abby join the Long Way Tour this fall.” exclaims Brett. “She has a voice that grabs you by the heart and demands you to listen. It’s well beyond her years and I cannot wait to hear that golden voice every night.”

The leg will kick off September 13 in Denver. The 14-city run, with more dates to be announced, will once again feature label mate Devin Dawson as special guest.  Check for Tickets on Sale Here!

Eldredge’s most recent single, and namesake for the tour, “The Long Way” climbed to #2 on the country radio charts while simultaneously boasting nearly 30 million streams. PEOPLE Magazine noted “the bubbling synths on the slow-burning ballad” while Billboard declared that the single “…makes you wish he was singing to you.” The single comes from the singer / songwriter’s recently released self-titled record, which marked his second chart-topping country album and hit No. 1 on the Top Album Sales Chart upon release.

Before hitting the road in the spring for his headlining dates, Eldredge joined Blake Shelton in February for the Country Music Freaks Tour alongside Carly Pearce and Trace Adkins.

Music editor for Nashville.com. Jerry Holthouse is a content writer, songwriter and a graphic designer. He owns and runs Holthouse Creative, a full service creative agency. He is an avid outdoorsman and a lover of everything music. You can contact him at JerryHolthouse@Nashville.com
Previous The Time Jumpers Celebrate 20 Years
Next Sara Evans To Receive 2018 Service To America Leadership Award