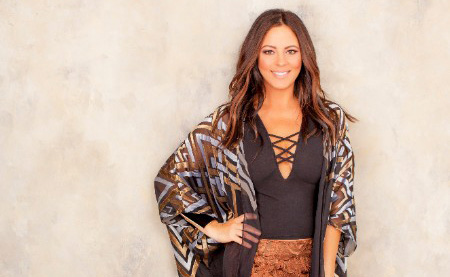 The Service to America Leadership Award recognizes individuals and organizations responsible for improving the lives of others through extraordinary public service. It is considered NABEF’s highest individual honor.

Evans holds five number one country singles including “No Place That Far,” “Suds in the Bucket,” “A Real Fine Place to Start,” “Born to Fly” and “A Little Bit Stronger.” She performs nearly 100 shows a year and in 2018 headlined the “CMT Next Women of Country Tour.” Her music has earned her the prestigious Academy of Country Music Top Female vocalist accolade and Country Music Association Video of the Year trophy, as well as numerous American Music Awards, Billboard Music Awards and Grammy Awards nominations. Her most recent studio album, “Words,” debuted at number two on Billboard’s Top Country Albums Chart.

In addition to her country music career, Evans serves as a Red Cross ambassador and in 2008 was presented with the disaster-relief organization’s national Crystal Cross award for her advocacy efforts. Also, she recently raised more than $10,000 for the CMA Foundation, which helps fund quality and sustainable music education programs throughout the U.S.

“Sara Evans continues to grace the country music charts with her stunning voice and lyrical authenticity to the delight of fans everywhere,” said NABEF President Marcellus Alexander. “She also gives voice to a diverse group of causes working to make our world a better place. It is an honor to present her with NABEF’s highest award.”

Music editor for Nashville.com. Jerry Holthouse is a content writer, songwriter and a graphic designer. He owns and runs Holthouse Creative, a full service creative agency. He is an avid outdoorsman and a lover of everything music. You can contact him at JerryHolthouse@Nashville.com
Previous Brett Eldredge Announces Abby Anderson Will Join Him On Tour
Next Waylon Jennings’ Band Reunites for Tour