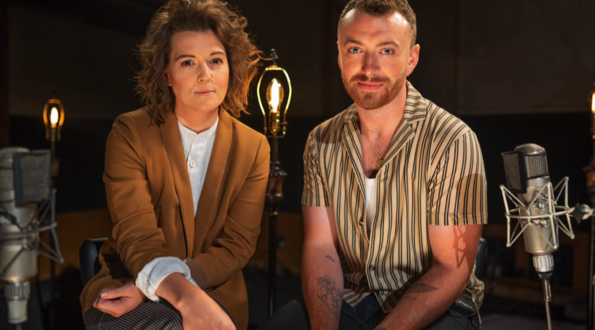 Brandi Carlile and Sam Smith Team Up for “Party Of One”

Brandi Carlile and Sam Smith have joined forces on a new duet version of “Party Of One.” Listen HERE.

Produced by Grammy Award-winning producer Dave Cobb, the single was recorded at L.A.’s Capitol Studios. A portion of the profits from this recording will be donated to Children in Conflict via Brandi Carlile’s Looking Out Foundation as part of its ongoing campaign to raise $1 million for children impacted by war. More information can be found here.

Of the duet, Carlile comments, “This is a song about deep and enduring compassion. It’s about trying to navigate domesticity, love and particularly marriage whilst being willed to fail by those that would revoke that right if they could. I’m beyond proud to have collaborated with the incredible Sam Smith. There is no one quite like him and I’ve never heard a voice like his before. He’s an absolute gentleman and a sweetheart and I’m proud to call him my friend. We came to know one another through our work as ambassadors for Children in Conflict, so it felt only right to use our platforms and music as a tool to spotlight the work they are doing to help children affected by war. We hope the vulnerability of this song reflects the fragility of their situation and compels people to support our cause.”

Smith adds, “I am so excited for everyone to have this song in their ears and hearts. Working with Brandi Carlile is truly one of the highlights of my career. Her voice and songwriting get me through the dark days. Brandi is a mentor to me and now a friend and I’m so thankful she asked me to feature on her single. I hope you all love this as much as I do. And I hope this raises as much support as possible to the incredible charity Children in Conflict and its partner, War Child U.K., of which I’m a global ambassador. Thank you for listening x.”

The original version of “Party Of One” appears on Carlile’s acclaimed new album, By The Way, I Forgive You, which debuted at No. 1 on the Billboard Top Current Albums and was recently named “Album of the Year” by Elton John on his Rocket Hour radio show on Beats 1 on Apple Music.

Music editor for Nashville.com. Jerry Holthouse is a content writer, songwriter and a graphic designer. He owns and runs Holthouse Creative, a full service creative agency. He is an avid outdoorsman and a lover of everything music. You can contact him at JerryHolthouse@Nashville.com
Previous Chuck Wicks Releases First New Music in Two Years
Next Steelism Release Video For “Re-Member”