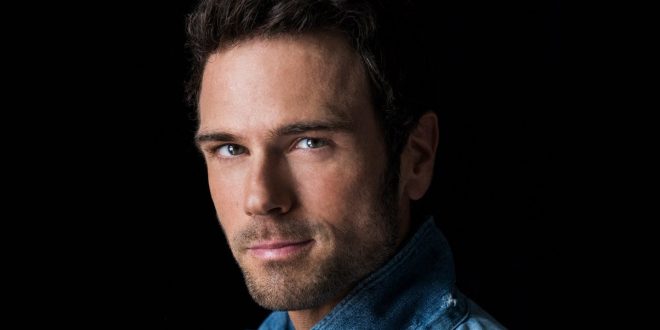 Eighteen months ago, singer, songwriter and syndicated radio personality Chuck Wicks was looking at a very different reality than the one that exists today. Following a nearly-fatal car crash that left Wicks with a broken neck, he could barely muster the strength to raise his head. His dedication, rehabilitation, perseverance and a new outlook on life helped the former athlete return not only with the strength to compete as one of only 11 contenders in NBC’s “IRONMAN: Quest For Kona,” yet it also led to a ‘why wait?’ mentality for the recording artist. With that lust for life fully embraced, Wicks just released his first new music in nearly two years, “Better Than Flowers.”

“It’s been a while since I’ve put out new music, but I’ve been writing and recording a lot lately,” shares Wicks. “When I went back in the studio to record, I decided once something was ready I’d go ahead and release it…why not?”

“Better Than Flowers” was written by Wicks along with Jeffrey East and Michael Lotten. The song is romantic and passionate with a pop-country sound.

“Three guys in a room…working with these lyrics…we were all definitely looking down while writing it to avoid eye contact with each other,” laughs Wicks while reflecting on the lyrics of the sensual song.

Wicks first burst onto the country music scene in 2007, when his debut single “Stealing Cinderella” earned him the highest debut for a new country artist that year. Since then, he’s found success down various paths. Much more than a musician, Wicks is a co-host of Academy of Country Music Awards’ two-time nominated and Nationally Syndicated radio show “Ty, Kelly and Chuck,” heard in over 50 cities across the United States. Also seen on television, he is one of only 11 athletes chosen from around the world to be featured on Season 2 of NBC Sports’ “IRONMAN: Quest For Kona” TV show, airing fall 2018. An avid outdoorsman, he has been featured on Rocky Mountain Elk Foundation’s “RMEF Team Elk” series on the Outdoor Channel. Additionally, Wicks is an alumnus of ABC’s “Dancing With The Stars.”

Music editor for Nashville.com. Jerry Holthouse is a content writer, songwriter and a graphic designer. He owns and runs Holthouse Creative, a full service creative agency. He is an avid outdoorsman and a lover of everything music. You can contact him at JerryHolthouse@Nashville.com
Previous Grand Ole Opry Celebrates 93rd Birthday
Next Brandi Carlile and Sam Smith Team Up for “Party Of One”