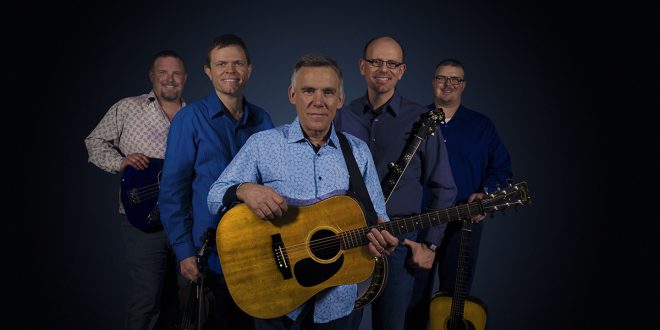 Merle Monroe continues to make a name for their selves releasing their sophomore album, Songs of a Simple Life. The Pinecastle Records project includes 12 new recordings, each spotlighting the IBMA-nominated band’s signature style which is heavily influenced by music icons Bill Monroe and Merle Haggard.

Featured on the album is the latest single, “Goodbye Marie.” Written by Dennis Linde and Mel McDaniel, the lyrics perfectly fit the theme of the record. It was unveiled last week during a special edition of SiriusXM’s Sidetracks with host Kyle Cantrell. During the show, the band also exclusively premiered the entire project in-full for fans to hear for the very first time. Merle Monroe had another surprise earlier this week, when they also revealed another album cut called “Shelby Tell Me” on The Bluegrass Situation. Other standout recordings on Songs of a Simple Life include a must-hear rendition of “(I’d Be) A Legend In My Time” which showcases a different side of the band. Over the years, the track has been covered by Country greats like Ronnie Milsap, Johnny Cash, Roy Orbison, Waylon Jennings, etc.

To date, the record has already produced THREE number one radio hits. With the first release, “God’s Still In Control” being unveiled late spring of 2020, the song served as a leading inspiration to help get fans through the raging pandemic. It was followed by the second single “Hello Sunshine” last fall, which went on to top the Bluegrass charts for multiple weeks, becoming one of the group’s best charting songs. The track offered a glimmer of hope and optimism that was very much needed at the time. They also unveiled the hard-driving third single, “I’m Leaving Town Tonight” earlier this year which would spend multiple weeks in the top spot of the Bluegrass Today Weekly Airplay Chart.

Music editor for Nashville.com. Jerry Holthouse is a content writer, songwriter and a graphic designer. He owns and runs Holthouse Creative, a full service creative agency. He is an avid outdoorsman and a lover of everything music. You can contact him at JerryHolthouse@Nashville.com
Previous LISTEN: Breland And  Keith Urban “Throw It Back”
Next LISTEN: Lukas Nelson’s “Throwin’ Away Your Love”