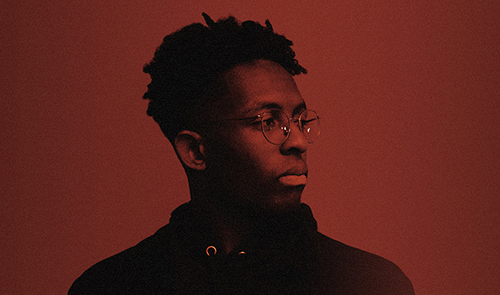 LISTEN: Breland And  Keith Urban “Throw It Back”

Throwing down a rootsy blast of dance-floor fire, the track finds the two artists partnering for a second time on the banjo-laced banger with a love-drunk theme.

“’Throw it Back’ is the first song Keith and I ever worked on together, and despite it being so sonically left of center, he immediately recognized it as a special song and started adding his iconic flavor to the record,” shares BRELAND. “You’ll be able to feel my and Keith’s energy flowing not only on the song but in the video, which we helped shape together as well. With the world finally opening up, and live music coming back, I feel like we’ve got a real summer anthem on our hands.”

“BRELAND is my brother from another mother,” adds Urban. “I LOVE creating with him. Everything is so simpatico and matter of fact – here it is! I’m stoked that a song written from our very first time writing together (June of last year) is finally coming out.”

Marking their second collaboration, “Throw It Back” follows “Out The Cage,” which featured Breland and was included on Urban’s The Speed of Now Part 1 album. On the rise since his PLATINUM debut “My Truck” dropped in 2019, BRELAND’s stable of all-star collaborators also includes Rascal Flatts’ Gary LeVox, Lauren Alaina, Chase Rice, and Sam Hunt, who was featured on a remix of “My Truck.”

BRELAND will kick off his CROSS COUNTRY TOUR at Bonnaroo Music Festival on September 5, embarking on his first-ever headline tour. The coast-to-coast trek runs through October and tickets for all dates are on sale now, with more details here.

Music editor for Nashville.com. Jerry Holthouse is a content writer, songwriter and a graphic designer. He owns and runs Holthouse Creative, a full service creative agency. He is an avid outdoorsman and a lover of everything music. You can contact him at JerryHolthouse@Nashville.com
Previous Sony Music And Jimmie Allen Sign Tate Howell
Next Bluegrass Sensation Merle Monroe Release “Songs of a Simple Life”