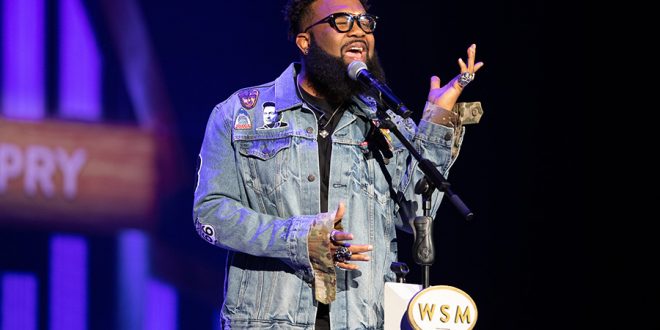 “The Git Up” singer Blanco Brown is in the ICU after a head-on car crash near his home in Atlanta, Ga., on Monday night (Aug. 31).

Here is the statement from Brown’s label BBR Music Group:

BBR Music Group’s beloved Blanco Brown, the artist behind 2019’s worldwide viral smash “The Git Up” and current hit “Just The Way” was involved in a head-on collision Monday night near his home in Atlanta, GA. The accomplished writer, vocalist and Grammy-nominated producer suffered significant injuries and was transported to a local hospital where he underwent a 12-hour surgery to address those traumas. Additional surgeries are expected as he currently rests in the ICU. Blanco, his family and his friends ask for your prayers during this time.

The 35 year old performer is an Atlanta native who, after working as a songwriter and producer in the hip-hop world, scored a Billboard Hot Country Songs No. 1 in 2019 with “The Git Up,” a multi-platinum song.

Music editor for Nashville.com. Jerry Holthouse is a content writer, songwriter and a graphic designer. He owns and runs Holthouse Creative, a full service creative agency. He is an avid outdoorsman and a lover of everything music. You can contact him at JerryHolthouse@Nashville.com
Previous 54th Annual CMA Awards Nominations Announced
Next Kendal Conrad – Nashville.com Picks