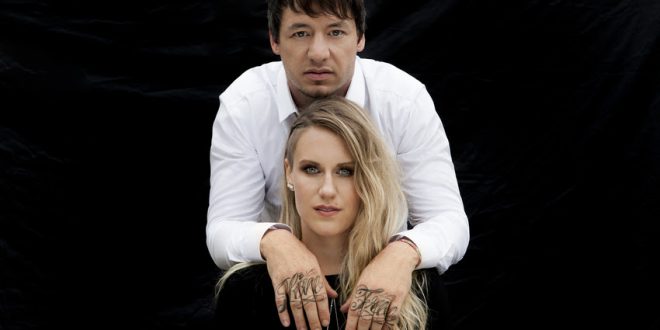 Curb Records’ recording duo, American Young, has released the music video for their own take on the popular holiday hit, “Baby, It’s Cold Outside.” American Young’s unique harmonies add a distinctive sound to this holiday classic. Watch the video here.
The song is featured on Winter Wonderland, a 12-song compilation, which is now available through digital retailers. This special holiday project features tracks from other artists, including Tim McGraw, Hank Williams Jr., Kenny Rogers, Rodney Atkins and several other notable artists.
“We are so honored that we were asked to be part of this project. Christmas is a special time of year for so many people and we can’t wait to share this song with our fans to spread some Christmas cheer throughout the holiday season,” said the duo.
Most recently, American Young has been touring internationally and performing songs from their debut album, AY. Listen to the album here.
About American Young: American Young is comprised of songwriter/musician, Kristy Osmunson, and songwriter/producer, Jon Stone, who are complete opposites when it comes to personality, but come together to create hauntingly beautiful music stemmed solely from their own personal experiences. Both are established songwriters in their own right and wrote 11 out of the 12 tracks on their debut album, AY.
Kristy Osmunson, born in Creston, British Columbia, grew up playing the violin. She went from playing at honky-tonks to co-founding the electrifying fiddle-duo Bomshel and writing the Joey + Rory hit “Cheater, Cheater.” She was well on her way as a songwriter and solo artist before crossing paths with Stone.
Jon Stone, originally from Oregon, is country born and bred. For a while he worked as a bull rider, before he was a solo act turned successful producer/songwriter including producing for Lee Brice and writing “Woman Like You,” Kenny Chesney’s “Seven Days,” Blake Shelton’s “Kiss My Country Ass,” and Rascal Flatts’ “Me and My Gang.”
For more information on American Young, please visitwww.AmericanYoung.com or follow on Facebook, Instagram, andTwitter.