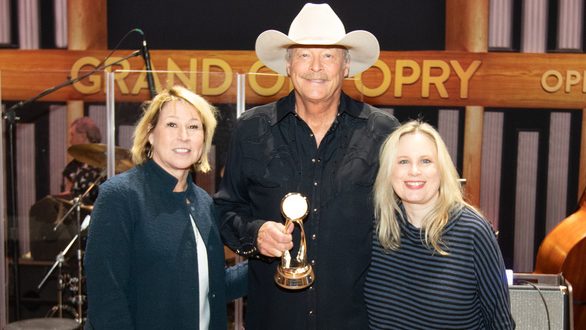 “Alan Jackson has always stayed true to his roots,” said CMA Chief Executive Officer Sarah Trahern. “That’s why fans love him and it’s how he’s made such a considerable impact on our genre.”

Jackson is the fourth artist to be recognized with this award, joining Merle Haggard, George Jones and Marty Stuart as fellow recipients. This award has been presented to seven individuals since 2001. Jackson is a
16-time CMA Awards winner and was inducted into the Country Music Hall of Fame in 2017.

Music editor for Nashville.com. Jerry Holthouse is a content writer, songwriter and a graphic designer. He owns and runs Holthouse Creative, a full service creative agency. He is an avid outdoorsman and a lover of everything music. You can contact him at JerryHolthouse@Nashville.com
Previous The Gatlin Brothers Announce 65th Anniversary Tour
Next John Rich Expands Redneck Riviera Brand