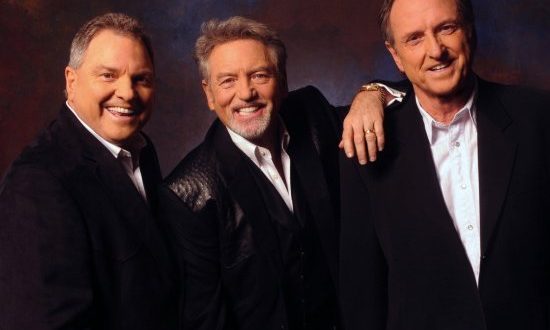 GRAMMY Award-winning country legends Larry, Steve and Rudy: The Gatlin Brothers are hitting the road to celebrate six and a half decades of music. The brothers’ “65th Anniversary Tour” takes place throughout 2020 with more than 60 live concerts by the year’s end.

“The man who loves his job is always on vacation,” says Larry. “Well, I’ve been on vacation with my two best friends, brother Steve and brother Rudy, for 65 years, singing our music for millions of wonderful people. I am greatly blessed!”

Sixty-five years ago this spring, Grand Ole Opry members (for 43 years) the Gatlin Brothers began singing together as children. It all began in Abilene, Texas, in 1955, when Larry was six, Steve was four and Rudy was two. Led by their mother, the young trio sang at various church and public events throughout Texas, honing their craft with each performance. As the years went by, the brothers continued their musical journey that eventually led them to mainstream success in the late 1970s. Platinum and Gold-selling albums and a throng of hit songs (including “All the Gold in California,” “Broken Lady,” “Houston (Means I’m One Day Closer to You)” and “I Just Wish You Were Someone I Love”) thrust the brothers into stardom, making them household names by the mid 1980s.

Throughout the years, the Gatlins have performed in thousands of live concert venues including some of the most prestigious in the country: the White House, the Grand Ole Opry, Carnegie Hall, Madison Square Garden, the Houston Astrodome and more.

Headed to Nashville and Need a Hotel? while in Nashville?
GUARANTEED Lowest Rates for Nashville Hotels!

Music editor for Nashville.com. Jerry Holthouse is a content writer, songwriter and a graphic designer. He owns and runs Holthouse Creative, a full service creative agency. He is an avid outdoorsman and a lover of everything music. You can contact him at JerryHolthouse@Nashville.com
Previous Dustin Lynch Celebrates Tullahoma
Next Alan Jackson Receives Joe Talbot Award