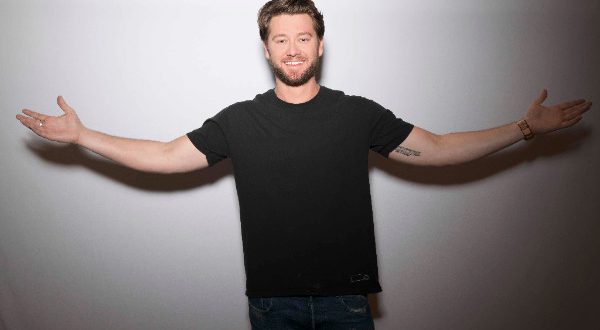 Country music singer/songwriter Adam Doleac is giving his mom something extra special for Mother’s Day this year. His brand-new single, “Mom and Daddy’s Money,” which honors both of his parents and the sacrifices they have made for him over the years, is available now. The song, written by Doleac, Pete Good and A.J. Babcock, elicits an emotional response from fans every time Doleac plays it live, prompting a tender lyric video that includes his own childhood home movies. Check out the lyric video here.
“It was a red go-kart, a big backyard.
It was summer trips on the credit card.
A new pair of shoes the first day of school,
So I could feel cool.
It was a hand-me-down Chevy when I turned 16.
A twenty on the counter for some gasoline.
It was free to me. It was mom and daddy’s money.”
“`Mom and Daddy’s Money´ is one of my favorite lyrics I’ve ever written,” says Doleac. “I believe good parents are the best thing you can give a kid, and I was very lucky to have that growing up. This song is my way of saying thank you to them. One day, when it’s my turn to raise my own, I hope I can do it as well as they did.”
The never-before-released track comes on the heels of Doleac being selected for the CMT Artist Discovery program. He is currently on the road in support of his self-titled EP, released in 2017, with two shows in Georgia this weekend (Waynesboro, 5/11 and Savannah, 5/12). Last month, he made his debut at the Stagecoach Festival in Indio, Calif. An accomplished songwriter, Doleac co-wrote all six tracks on his debut project, including his breakout lead single, “Whiskey’s Fine.” Visit AdamDoleac.com or find him on socials for all the latest tour dates and information.

Music editor for Nashville.com. Jerry Holthouse is a content writer, songwriter and a graphic designer. He owns and runs Holthouse Creative, a full service creative agency. He is an avid outdoorsman and a lover of everything music. You can contact him at JerryHolthouse@Nashville.com
Previous Lynyrd Skynyrd Kicks Off “Last of the Street Survivors Farewell Tour”
Next Dustin Collins’ New Single “The Barn” Drops Today