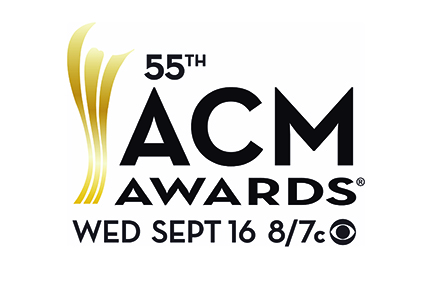 2020: The Academy of Country Music and dick clark productions announced today that the 55TH ACADEMY OF COUNTRY MUSIC AWARDS™ has set a new air date, Wednesday, Sept. 16 (live 8:00-11:00 PM ET/delayed PT) on the CBS Television Network, and will stream live and on demand on CBS All Access. As previously announced, the 55th ACM Awards® that honors the biggest names and emerging talent in the Country Music industry, will be hosted by reigning ACM Entertainer of the Year and 15-time ACM Award winner Keith Urban for the first time.

As announced last week, the new special ACM PRESENTS: OUR COUNTRY will be broadcast Sunday, April 5 (8:00-10:00 PM, ET/PT) on the CBS Television Network, the time period originally slated for the 55TH ACADEMY OF COUNTRY MUSIC AWARDS. The new special will feature at-home acoustic performances with top Country artists along with clips of their favorite ACM Awards moments. It will be a night filled with entertainment, hope and reflection, bringing the healing power of music to Americans at a time when they need it most.

Music editor for Nashville.com. Jerry Holthouse is a content writer, songwriter and a graphic designer. He owns and runs Holthouse Creative, a full service creative agency. He is an avid outdoorsman and a lover of everything music. You can contact him at JerryHolthouse@Nashville.com
Previous Fender Gifts Aubrie Sellers With A New Custom Guitar
Next Nashville Repertory Theatre Announces 2020/2021 Productions In Virtual Season Reveal