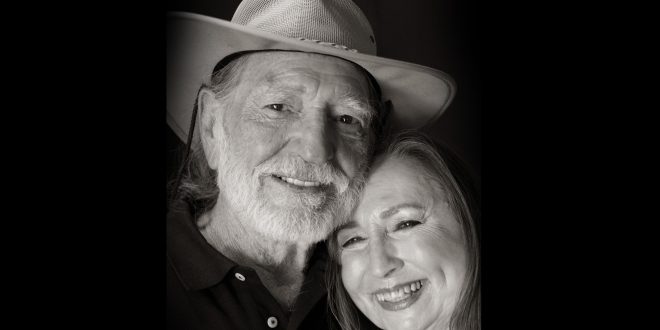 From The Nelson Family: Bobbie Nelson passed away this morning, peacefully and surrounded by family. Bobbie was 91.

Her elegance, grace, beauty and talent made this world a better place. She was the first member of Willie’s band, as his pianist and singer. Our hearts are broken and she will be deeply missed. But we are so lucky to have had her in our lives. Please keep her family in your thoughts and give them the privacy they need at this time.

About Bobbie Nelson
Bobbie Nelson, 91, was a pianist, singer, and member of the band Willie Nelson and Family.

Millions of music lovers knew and loved Bobbie Nelson and her wondrous piano playing talents for more that 50 years of recording and touring with her brother, musical icon Willie Nelson. As a linchpin of his sound, and an original member of the Willie Nelson and Family Band, she has sat at her piano just to the edge of the spotlight, a modest yet still powerful presence, stepping forward on occasion to lead the band and delight listeners with her wondrous pianistic gifts.

It all began when Bobbie and Willie were all but literally weaned on music by their grandparents, who raised the siblings in the small town of Abbot, Texas. “My grandfather had said to me when I was learning to play the piano: You know, if you really work at this, you could earn your living playing music one day.” Bobbie said. “And I never forgot that.”

By the time the siblings were in their teens, they were playing honky-tonks together in a band with Bobbie’s husband Bud Fletcher and their guitar-playing father Ira Nelson. But when Bud Fletcher died in a car accident, leaving Bobbie with three young sons to raise on her own, she gave up playing music to attend a business college in Fort Worth and learn secretarial skills for an office job. Yet music helped her land her first job out of school when the Hammond Organ Company hired Nelson for both her office skills to work in the company’s music library and to demonstrate the company’s organs. As her children grew, she also began working as a piano entertainer in restaurants, lounges and supper clubs, eventually earning her living as a pianist in Austin and Nashville.

“It was a fabulous thing, because I was back really playing music again, not just demonstrating and selling organs,” she explained. “I was very happy to be able to sit down and just play from my heart and soul.” On occasion her youngest song Freddy Fletcher would also join her on drums. Then, in 1972, Willie, freshly-signed to a recording deal with Atlantic Records, invited Bobbie to join him in New York City for a recording session, and then asked her to join his band. “I was just so happy to be playing music with Willie again,” she recalled. And since then, she was an integral element of his stage shows and many of his classic albums.

Nelson released her debut album, Audiobiography, in 2007. The Justice Records release features a collection of 12 of her favorite songs – two of them featuring Willie singing and playing guitar with her. Upon that release Nelson appeared on “The Tonight Show,” and received high marks including a review on Amazon that noted how Nelson had long been “the modest female counterpart” to her brother, and that the many fans of Willie Nelson and Family have known for decades how Bobbie’s “playing melds into the ensemble that makes up Willie’s rough-hewn style, even as it also stands out in its assertiveness.”

In recent years, she once again was featured in the album The Willie Nelson Family (2021, Legacy Recordings), which is a collection of country gospel-flavored songs performed by Willie’s Family Band. The siblings also collaborated on two books: the memoir Me and Sister Bobbie: True Tales of The Family Band (2020 Random House) and the only children’s book they penned Sister, Brother, Family: An American Childhood in Music (2021, Doubleday).

Music editor for Nashville.com. Jerry Holthouse is a content writer, songwriter and a graphic designer. He owns and runs Holthouse Creative, a full service creative agency. He is an avid outdoorsman and a lover of everything music. You can contact him at JerryHolthouse@Nashville.com
Previous Sparks Announces World Tour
Next Ernest Tubb Record Shop To Close This Spring