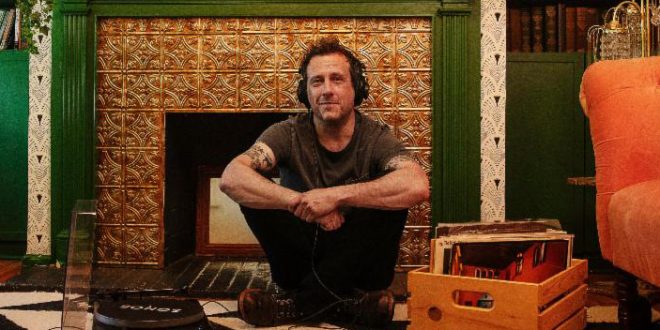 Nashville rock ‘n’ roller Will Hoge has shared the official music video for his single, “John Prine’s Cadillac,” (watch above).

Hoge will mark the arrival of Wings On My Shoes with a typically busy live schedule, including appearances here in Nashville.

Produced by Hoge during a week’s worth of live performances at Nashville’s Sound Emporium Studios, Wings On My Shoes was preceded earlier this year by the album-closing “Whose God Is This?.” The album – which sees Hoge joined by his longtime backing combo, guitarist Thom Donovan, drummer Allen Jones, and bassist Christopher Griffiths, with guest multi-instrumentalist Joshua Grange contributing pedal steel and organ – features few overdubs and zero studio trickery, wearing its rough edges with pride to stand tall as a document of a hardscrabble band at work, sweating and stomping its way toward rock ‘n’ roll redemption.

Written largely during the pandemic era, Wings On My Shoes is, at its core, a testament to Hoge’s renowned gifts as a songwriter, highlighting the diverse perspectives of an expert craftsman whose songs turn Southern storytelling into universal sentiment. From the jubilant jangle of “It’s Just You” and the furious “All I Can Take” – the latter an inspired blast of bar band bombast recorded in a single take – to the stunning, string-laced “The Last One To Go” and the desperate narrative drive of “Dead Man’s Hand,” Hoge distills American roots music to its essential ingredients, carrying the torch for an enduring blue collar sound rooted in ringing guitars, anthemic songcraft, and steadfast lyrical integrity.

“I always want to embrace change,” Hoge says, “to accept new things artistically, but at the end of the day, I can try to run from this idea that I love good, guitar-based rock ‘n’ roll music or I can wear that badge of honor. I’m in the ‘wearing the badge of honor’ phase now.”

Look for Hoge here in Nashville on the dates below:

Music editor for Nashville.com. Jerry Holthouse is a content writer, songwriter and a graphic designer. He owns and runs Holthouse Creative, a full service creative agency. He is an avid outdoorsman and a lover of everything music. You can contact him at JerryHolthouse@Nashville.com
Previous PREMIERE: Bailey James’ Seductive Rocker “The Spell”
Next Leah Marie Mason Signs With Warner Chappell