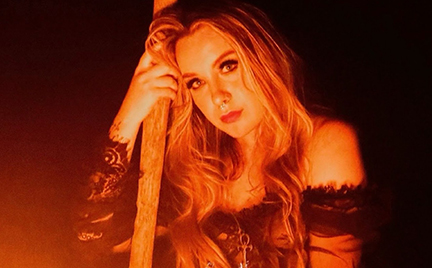 Rising star Bailey James is premiering the brand video for her single “The Spell” today on Nashville.com. Illuminated by the orange glow of a fire as seen on the track’s cover art James energetically leads the viewer through the forest with her smoldering and sultry presence. Building from the acoustic intro to the hard rocking chorus the video drives through rapid cuts, each scene giving each one more impact as they collide. Shots of James holding a bowl filled with smoke and sage, surrounded by spellbooks and other “witchy” paraphernalia really emphasize the modern witchy feel of the song. 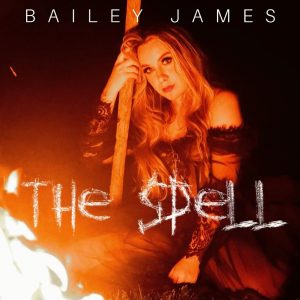 The up and comer is one of the hardest working young ladies in the music industry with 19 singles and an ep during her six year tenor in Nashville, all released since turning 12 years old. She has performed at the legendary Bluebird Cafe, Douglas Corner, The Listening Room, Wildhorse Saloon and has been featured at WSM.

Bailey released her single “Finally Free” July of 2021. It was named Opry Circle Song of the week, and charted #42 on Billboard Indicator. She is also a Golden Ticket alum of American Idol 2019.

In addition, this rising country songstress was appointed as the first National Youth Advocate for The Jason Foundation. She is dedicated to raising awareness for suicide prevention through education and empowerment on behalf of this important non-profit organization both in her live shows and across her social media. This honor places Bailey alongside longtime Jason Foundation musical ambassadors, Rascal Flatts and the late Charlie Daniels.

Music editor for Nashville.com. Jerry Holthouse is a content writer, songwriter and a graphic designer. He owns and runs Holthouse Creative, a full service creative agency. He is an avid outdoorsman and a lover of everything music. You can contact him at JerryHolthouse@Nashville.com
Previous Charlie McCoy Inducted Into Grand Ole Opry
Next WATCH: Will Hoge, “John Prine’s Cadillac”