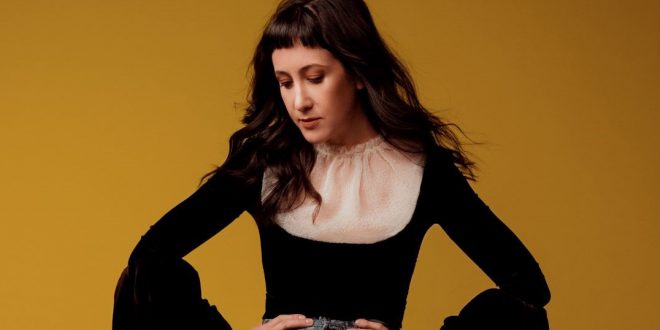 Vanessa Carlton unveils the music video for her new original song titled “Future Pain” off her upcoming sixth studio album Love Is An Art out in Spring 2020. In the video, directed by Joshua Shoemaker, Vanessa plays three versions of herself, a changing person within an unchanging tradition of having a drink alone at the bar. She sings, “I’ve got nothing to lose and nothing to gain but future pain,” paying homage to past mistakes of her former self while foreshadowing a familiar future.

Both the track and the upcoming album were produced by Dave Fridmann (MGMT, Flaming Lips).

Vanessa Carlton is not someone who fits neatly into one box. She attended both the School of American Ballet and Columbia University, and was discovered as a singer-songwriter/pianist when a cassette tape demo was given to legendary music impresario Ahmet Ertegun.

Fans first were first given a taste of Carlton’s musical evolution when she released the critically-acclaimed studio album Liberman in 2015 via Dine Alone. The simple instrumentation mixed with her wistful vocals and poignant lyrics brought you into her world and showcased a new side to this accomplished songwriter.

With her debut single “A Thousand Miles,” Carlton soared to the top of the Billboard charts and garnered multiple Grammy nominations. Her impact on pop culture has afforded Carlton the freedom to take creative risks and pursue artistic evolution.

In 2011, she set out as an independent recording artist with her album Rabbits on the Run, produced by the illustrious Steve Osborne (U2, A-ha) at the Peter Gabriel owned Real World studios. Carlton continued her musical transformation when she released the critically-acclaimed studio album Liberman in 2015 via Dine Alone. The simple instrumentation mixed with her wistful vocals and poignant lyrics brought you into her world and showcased a new side to this accomplished songwriter.

An artist of various mediums, Carlton consistently pushes herself outside of her comfort zone to create memorable chapters in her storied career. Whether it is through music, dance or theater, new facets of her artistry are revealed with each new project. This summer, she made her Broadway debut as Carole King in Beautiful: The Carole King Musical.

Music editor for Nashville.com. Jerry Holthouse is a content writer, songwriter and a graphic designer. He owns and runs Holthouse Creative, a full service creative agency. He is an avid outdoorsman and a lover of everything music. You can contact him at JerryHolthouse@Nashville.com
Previous The Oak Ridge Boys Release New Christmas Video
Next Darryl Worley Spreads Some Christmas Cheer