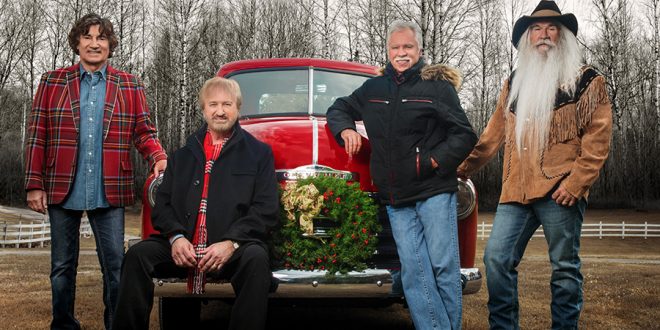 The video which features a cameo appearance by the album’s Producer, Dave Cobb, marking the 3rd collaboration between the famed Nashville hit-maker and country music’s all-time greatest vocal quartet.

“We told songwriter Aaron Raitiere that we needed a fun Santa song, and almost immediately he and Anderson East wrote ‘Don’t Go Pullin’ On Santa Claus Beard,’” said singer, Joe Bonsall. “Aaron wrote or co-wrote six songs on Down Home Christmas and it was like old Nashville again. Writers would bring us a song and we would record it while they wrote another one. It was all magic and our producer Dave Cobb led us all the way! Quality songwriters writing great songs. It was all really fun! This song is now one of the highlights in our Christmas tour.”

Music editor for Nashville.com. Jerry Holthouse is a content writer, songwriter and a graphic designer. He owns and runs Holthouse Creative, a full service creative agency. He is an avid outdoorsman and a lover of everything music. You can contact him at JerryHolthouse@Nashville.com
Previous Tenille Arts Making Third Appearance The Bachelor
Next Watch: Vanessa Carlton’s “Future Pain”