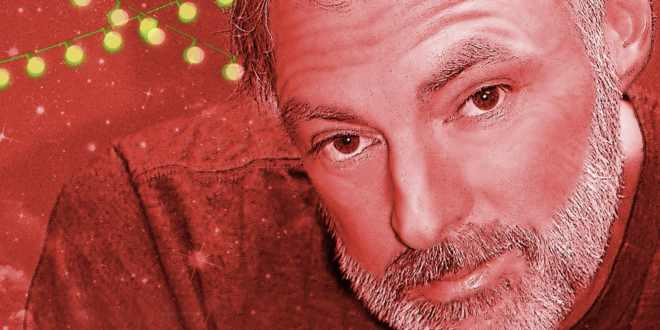 Country star Darryl Worley is spreading the meaning of the season with the release of Country Christmas. The seven-track album features a blend of holiday classics sprinkled with yuletide originals and was produced by renowned songwriter/musician Jim “Moose” Brown. The project was originally released in 2012 and, due to demand, has been reissued digitally. It’s wrapped with Worley’s rich vocals and also includes “No Vacancy,” a reading of the Christmas Story, meant to inspire the young and young at heart.

The acclaimed singer/songwriter said the album helped bring the hustle and bustle of the holiday season into clear focus. “I never dreamed that making Christmas music would be this much fun,” says Worley. “This project has forced me to slow down and think about the real meaning of Christmas. Reading the Christmas Story was a very surreal occasion. It was as if no one was there and it was just God and I spending time together.”

Worley hopes fans will be inspired by the album and take time to reflect on what means the most. “I couldn’t stop thinking of my beautiful wife and daughter during the recording sessions. It’s that time of year when you realize how wonderful the people are around you and how much you love them,” Worley explains. “I wanted the album’s soul to match what we all enjoy about Christmas. I’m very proud of this project and excited for my fans to hear it!”

“Just Around the Corner,” one of the original songs for the holiday collection, was written by Worley and award-winning songwriters Jerry Salley and Steve Leslie. The single is featured on the Spotify New Music Holiday playlist and has generated more than 125,000 streams.

Music editor for Nashville.com. Jerry Holthouse is a content writer, songwriter and a graphic designer. He owns and runs Holthouse Creative, a full service creative agency. He is an avid outdoorsman and a lover of everything music. You can contact him at JerryHolthouse@Nashville.com
Previous Watch: Vanessa Carlton’s “Future Pain”
Next Lynyrd Skynyrd Announces Last Dates of the Street Survivors Farewell Tour.