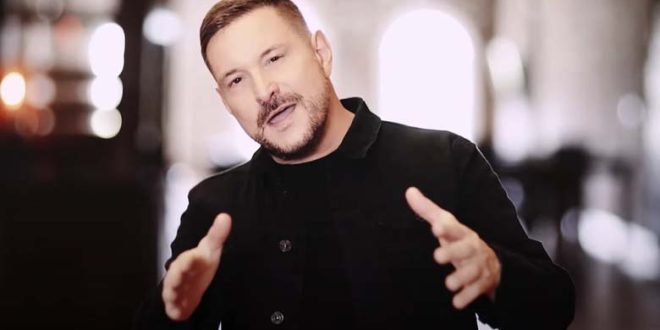 Ty Herndon is bringing awareness to suicide prevention week by officially releasing his music video “God or the Gun.” This emotional video visualizes the track, available on his newest release, JACOB, chronicling Herndon’s near suicide and reminding listeners that hopes beyond the darkness. Watch “God or the Gun” above.

The video was filmed in Nashville and produced and directed by Neighborhoods Apart Productions.“Though God or the Gun begins at one of the lowest points I have experienced in my life, it ends with a message of hope and redemption,” said Herndon. “There’s a universal truth in this song for everyone who listens — we all have the power within us to change our endings. No one is ever truly alone. Someone is out there ready to help us. There’s nothing too big for us to handle if we simply reach out and ask when we need it most.”

Herndon burst onto the scene and made his chart debut in 1995 with “What Mattered Most,” which became his first No. 1 song and garnered a Song of the Year award (Music Row Magazine). It was also the title track to his first album, which debuted on the Billboard Top Country Albums Chart and had the biggest first-week shipment in the history of Epic Records Nashville.

Music editor for Nashville.com. Jerry Holthouse is a content writer, songwriter and a graphic designer. He owns and runs Holthouse Creative, a full service creative agency. He is an avid outdoorsman and a lover of everything music. You can contact him at JerryHolthouse@Nashville.com
Previous Nominees For The 56th Annual CMA Awards Announced
Next LISTEN: Dylan Jarvis’ Powerful New Single “White Horse (The Forgotten)”