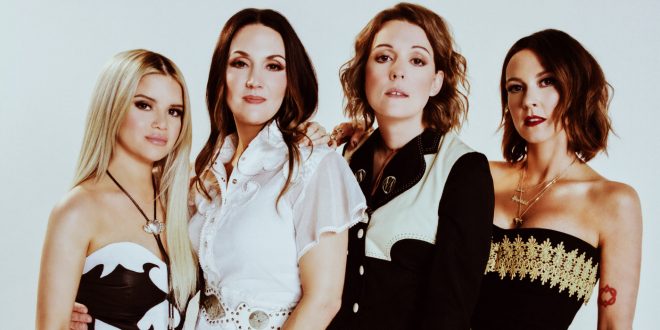 The Highwomens' self-titled album is out now via Elektra Records.

The official music video for The Highwomen’s “Crowded Table” is debuted today. Watch above. Filmed throughout the making of their acclaimed, self-titled debut album, the video features appearances by the collaborative movement’s founding members—Brandi Carlile, Natalie Hemby, Maren Morris and Amanda Shires—along with Sheryl Crow, Jason Isbell, Yola, Tim and Phil Hanseroth and more. The song also serves as the centerpiece of Campbell Soup Company’s new commercial, “We All Want a House with a Crowded Table.”

Produced by GRAMMY Award-winning producer Dave Cobb, The Highwomen debuted at #1 on Billboard’s Top Country Albums chart. The album’s release also resulted in a Group of the Year nomination at the 55th ACM Awards making The Highwomen the first all-female group to be nominated in the category since the Dixie Chicks in 2003.

Music editor for Nashville.com. Jerry Holthouse is a content writer, songwriter and a graphic designer. He owns and runs Holthouse Creative, a full service creative agency. He is an avid outdoorsman and a lover of everything music. You can contact him at JerryHolthouse@Nashville.com
Previous NMAAM Adopts A Street IN Downtown Nashville
Next Mae Estes – Nashville.com Picks