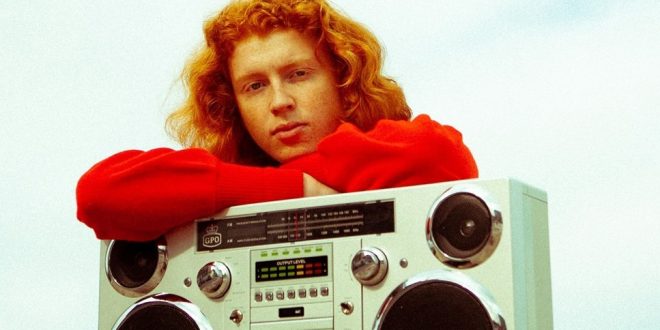 Named after one of the most legendary venues in the world, indie-pop singer/songwriter, Nashvillian, RYMAN just released “Go Away” (watch above). The song sounds like it oosed from the heart of an old soul and a seasoned songwriter, not a 17-years-old up and comer.

RYMAN says, “I use songwriting as a form of therapy. It really allows me to process life’s ups and downs. I wrote this song with my friend Oscar Charles and it came straight from the heart. As soon as I wrote the chorus, it instantly became one of my favorite songs I have ever written. I hope it helps others like it helped me.”

RYMAN remembers being drawn to music as early as preschool, stating, “I’ve been coming up with melodies ever since I can remember, literally. At 3-years-old, I was humming or singing lyrics and not knowing where they came from.” Now, with a thoughtful grasp of his musical sensibilities, RYMAN’s melodies and lyrics are very much backed by intention and purpose.

Growing up RYMAN was surrounded by music and absorbed like a sponge. “My dad always had Beatles and Bob Dylan records around the house, my mom was always playing everything from indie to rap to classic rock, and I had friends into punk and jazz and everything in-between. That’s what I was raised on, so I got a good lesson in pop music fundamentals, whether I wanted it or not at a very early age,” he recalled.

It looks like 2022 will be a breakout year for RYMAN and his debut five-track EP released via Cinematic Music Group, has Nashville.com wanting more. RYMAN will be releasing his second EP, Change, on 7/8/22.

Music editor for Nashville.com. Jerry Holthouse is a content writer, songwriter and a graphic designer. He owns and runs Holthouse Creative, a full service creative agency. He is an avid outdoorsman and a lover of everything music. You can contact him at JerryHolthouse@Nashville.com
Previous LISTEN: Drive-By Truckers’, “Every Single Storied Flameout”
Next Daryl Mosley Scores His 1st Bluegrass No.1