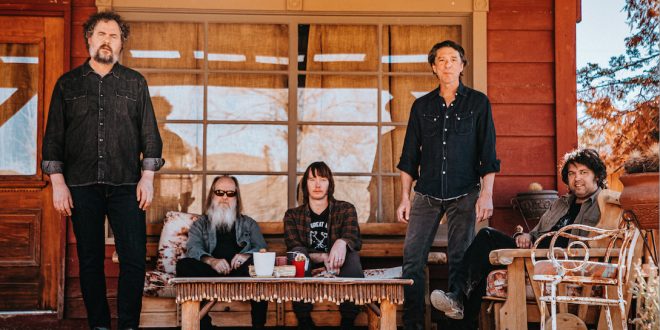 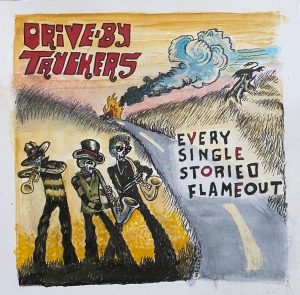 Drive-By Truckers have announced today’s premiere of “Every Single Storied Flameout,” the latest track from their upcoming 14th studio album, Welcome 2 Club XIII, due via ATO Records on Friday, June 3. Pre-orders are available now. The spirited, horn-blasted “Every Single Storied Flameout” sees founding member/vocalist/guitarist Mike Cooley looking back at his younger years with unsparing self-reflection and a bit of rambling wisdom.

“I wrote that song when my son was turning 16 and going through a rough patch for a bit,” Cooley says. “Luckily, he’s turned it around and he’s doing great now, but it was a tough time for a while. Part of my way of dealing with it was to take ownership of the example I might’ve set, in the hope of leading him out of it.”

Welcome 2 Club XIII also includes “Welcome 2 Club XIII.” The track – which pays homage to the Muscle Shoals honky-tonk where founding members Patterson Hood and Mike Cooley got their start – is joined by an official music video streaming now via YouTube. Watch below.

Arriving as Drive-By Truckers enter its 26th year, Welcome 2 Club XIII marks a sharp departure from the trenchant commentary of The Unraveling and The New OK (both released in 2020). Produced by longtime Drive-By Truckers collaborator David Barbe and mainly recorded at his studio in Athens, GA, Welcome 2 Club XIII took shape over the course of three frenetic days in summer 2021 – a doubly extraordinary feat considering that the band had no prior intentions of making a new album. Featuring background vocals from the likes of Margo Price, R.E.M.’s Mike Mills, and Mississippi-bred singer/songwriter Schaefer Llana, Welcome 2 Club XIII was recorded live with most songs cut in one or two takes, fully harnessing Drive-By Truckers’ freewheeling energy. The new songs see the band – whose lineup also includes keyboardist/guitarist Jay Gonzalez, bassist Matt Patton, and drummer Brad Morgan – looking back on their formative years with both deadpan pragmatism and profound tenderness, instilling each song with the kind of lived-in detail that invites bittersweet reminiscence of your own misspent youth.

“Cooley and I have been playing together for 37 years now,” Hood says. “That first band might have failed miserably on a commercial level, but I’m really proud of what we did back then. It had a lot to do with who we ended up becoming.”

Music editor for Nashville.com. Jerry Holthouse is a content writer, songwriter and a graphic designer. He owns and runs Holthouse Creative, a full service creative agency. He is an avid outdoorsman and a lover of everything music. You can contact him at JerryHolthouse@Nashville.com
Previous Tommy Townsend To Release “Southern Man”
Next WATCH: Singer/Songwriter Ryman’s “Go Away”