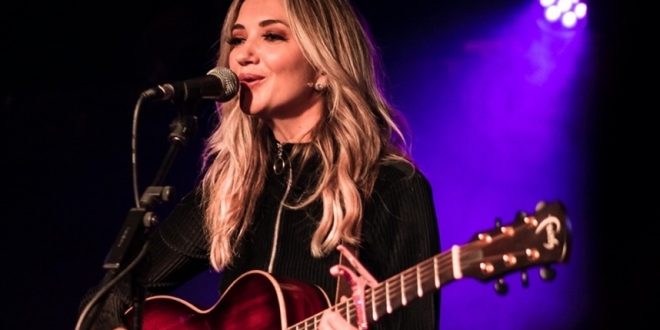 Iowa native Sarah Darling has released a unique cover of the 2010 Katy Perry hit, “California Gurls.”   Her distinctive spin on the song, produced by Cheyenne Medders, is the latest installment of Darling’s Campfire Sessions, a series of stripped-down covers that embody the idea of sitting around a campfire with a guitar and close friends.

Darling first launched Campfire Sessions in October 2019, initially covering classic country songs that influenced her current sound as an artist. When the world unexpectedly shut down in response to the COVID-19 pandemic, Campfire Sessions remained a great way for Darling to stay connected with her fan base. After realizing Campfire Sessions could also highlight her musical influences outside of the country genre, the talented singer decided to record and release the infectious pop-hit she’s long admired, “California Gurls.” Her take on the track sets a new tone for the track and is a soothing, mid-tempo cover with a modern, country production.

In addition to upcoming Campfire Sessions, Darling is gearing up for several virtual concerts, with the first scheduled for Oct. 24th. Fans can also expect a virtual concert from her this holiday season – this comes on the heels of her Union Chapel holiday concert in December 2019.  More information about the show and tickets will be released in the coming weeks.

Music editor for Nashville.com. Jerry Holthouse is a content writer, songwriter and a graphic designer. He owns and runs Holthouse Creative, a full service creative agency. He is an avid outdoorsman and a lover of everything music. You can contact him at JerryHolthouse@Nashville.com
Previous Oak Ridge Boys Announce 29-Day Residency At Opryland
Next 2020 IBMA Bluegrass Award Winners