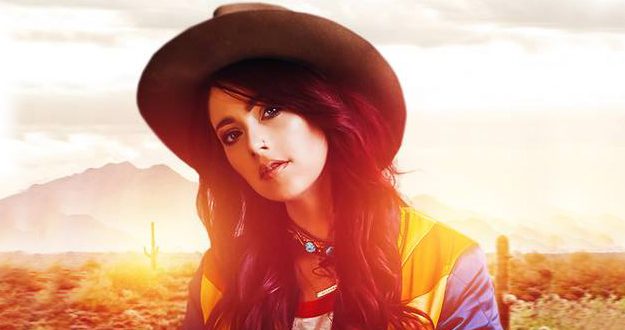 Liz Anne Hill blends her southwestern roots with a rock energy for a diverse and spellbinding sound. Born by the California coast, raised back and forth between a cozy suburb of Los Angeles and a rural mining town in Arizona, the songstress learned to sing at an early age. After lending her powerhouse vocals as a demo singer for top Hollywood producers, and later touring nationwide as a bass player and backup singer for various pop artists, Hill returned to the reason she initially fell in love with music; songwriting

“Border is the second chapter of ‘The Desert’. The whole visual EP is about the cycle of falling in and out of love… how it’s messy and triumphant and glorious and dangerous all at the same time. Cheating songs are a staple in the tradition of country music, but I’m clearly forging my own path here, and when I co-wrote Border with Jennifer Adan, I wanted to pen my own version: one that touches the raw notes of what it’s like to be caught in between black in white, what it’s like to be swept up in the moment, what it’s like to follow your heart even though there’s strings attached. More of us have been there than we would probably like to admit… I know I have” says Hill.

Songs penned by Hill have charted on Billboard, been featured in commercials and animated films. While Liz Anne enjoyed commercial success as in Hollywood as a pop musician, she quietly continued writing songs for herself that blended country storytelling with fresh and soaring melodies. In 2017, Hill relocated permanently to Nashville, and shortly thereafter partnered with producer Louis Newman (Gwen Sebastian). Armed with an arresting voice, and songs that highlight an irresistible ability to wear her heart on her sleeve, Liz Anne Hill has recently completed an EP under Newman’s guidance.

Music editor for Nashville.com. Jerry Holthouse is a content writer, songwriter and a graphic designer. He owns and runs Holthouse Creative, a full service creative agency. He is an avid outdoorsman and a lover of everything music. You can contact him at JerryHolthouse@Nashville.com
Previous St. Jude Rock ‘n’ Roll Nashville Marathon Date Change
Next Shenandoah And Friends “Keep the Music Playing” Tonight