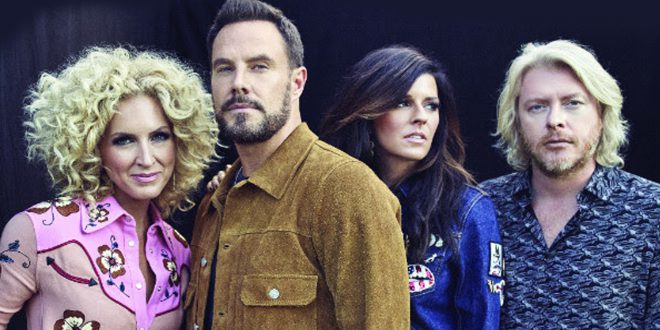 Little Big Town’s latest music video for their song “Rich Man” is available everywhere now. From their 10th studio album, Mr Sun, “Rich Man” was written by LBT’s Jimi Westbrook over the course of the last decade. The video features Charles Esten (“Outer Banks,” “Nashville”), who plays the central role of a father in the emotionally poignant video.

Produced and filmed by Running Bear Films in Nashville, TN, the video is a nostalgic film which pays homage to good men, hardworking people and loving families everywhere. It tells the story of a young boy and his relationship with his father (Esten) over the course of time. Interwoven with a performance by Little Big Town, the video ends with a beautifully fitting twist: Westbrook himself playing the older grown-up version of the little boy.

“‘Rich Man’ has a special place in my heart, and I’ve been touched by the response it’s gotten from the record and playing it on the road. We wanted the video to show the love of family, and love of a father. This song makes me think of my own dad, and I wanted to honor that as well as the heart I have for my son,” says Westbrook. “Making this with Charles, the other actors, and of course Karen, Kimberly and Phillip, was really a labor of love.”

Adds LBT’s Karen Fairchild: “‘Rich Man’ tells the story of how the deep roots of family ground us and give us the space to flourish and become who we are meant to be. True wealth is the story of this song.”

Music editor for Nashville.com. Jerry Holthouse is a content writer, songwriter and a graphic designer. He owns and runs Holthouse Creative, a full service creative agency. He is an avid outdoorsman and a lover of everything music. You can contact him at JerryHolthouse@Nashville.com
Previous LISTEN: Brothers of the Heart’s “I’ll Go to My Grave Loving You”
Next Alabama Receives Pandora Billionaire Plaque