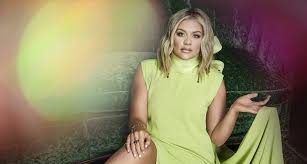 WATCH: Lauren Alaina’s “What Do You Think Of?”

Lauren Alaina has released her new video of “What Do You Think Of?,” her duet with Danish pop sensation Lukas Graham from her current Getting Over Him EP. (Watch Above)

The video “What Do You Think Of?”, directed by TK McKamy, to date marks the largest-scale Virtual Production (VP) shoot for a music video in the world – a major filmmaking achievement where the paths of video game industry and filmmaking converge. Major Hollywood studios have begun adopting some form of VP in high-budget series like Disney’s “The Mandalorian” and HBO’s “Westworld.”

The video features Alaina believably traveling through the seasons of her past relationship, manifested into four surreal environments: her bedroom, Smoky Mountains, a red-door bar, and a backyard campout. Logistically, director McKamy was able to unite both Alaina and Graham (who filmed his part in Denmark), separated by the Atlantic Ocean and COVID-19 travel restrictions to perform a duet in these worlds. With the Virtual Production approach, instead of the use of green screens, McKamy and his team built a 40 ft x15x12 ft curved LED volume which fully immersed Alaina and Graham in these four surreal memories. As of today, “What Do You Think Of” is the largest scale pop-up virtual production music video in the world.

The Georgia native’s upcoming appearances include an invitation to perform on next Saturday’s special Christmas-themed Grand Ole Opry (December 19) which will also feature Lady A and Kelsea Ballerini. Tickets are onsale now at Opry.com. Their performances will air live during the Opry’s one-hour television broadcast, Opry Live, on Circle at 8:00-9:00 PM CT, as well as live on 650 WSM-AM and Sirius XM: Willie’s Roadhouse.

The rising star can also be seen throughout the month of December as the host of Musician on Call’s (MOC) “I’m On Call for Tennessee” virtual concert, which includes performances by Darius Rucker, Jon Pardi, Maddie & Tae, Priscilla Block and Kylie Morgan. The concert will be available to healthcare facilities statewide for patients and staff to enjoy throughout the month of December through MOC’s Virtual Bedside Performance Program. MOC is a non-profit that brings live and recorded music to the bedsides of patients in healthcare facilities.

She is also part of the Gaylord Hotels Christmas Special “SO. MUCH. CHRISTMAS.” where she performs the Christmas classic “Rockin’ Around The Christmas Tree.” The special airs in December on Circle TV.

Music editor for Nashville.com. Jerry Holthouse is a content writer, songwriter and a graphic designer. He owns and runs Holthouse Creative, a full service creative agency. He is an avid outdoorsman and a lover of everything music. You can contact him at JerryHolthouse@Nashville.com
Previous Steve Wariner Back For Wariner Wednesday Live Stream
Next LISTEN: Barry Gibb Taps Nashville Talent For Latest Project