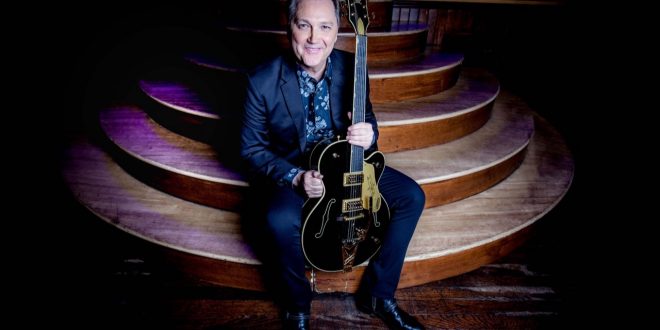 Steve Wariner will crack open the vault of festive holiday favorites next Wednesday, Dec. 9, when his popular #WarinerWednesday live stream returns for its 16th episode.

An instrumentalist at his core and revered guitarist, Wariner will tap into his Guitar Christmas and Christmas Memories albums for inspiration, as well as perform a few surprises.

Through #WarinerWedneday, the singer/songwriter/instrumentalist continues to engage and connect with fans while not touring with more than 1 million tuned into his live streams, which airs LIVE on his Facebook and posted on WarinerWednesday.com for on-demand viewing.

Music editor for Nashville.com. Jerry Holthouse is a content writer, songwriter and a graphic designer. He owns and runs Holthouse Creative, a full service creative agency. He is an avid outdoorsman and a lover of everything music. You can contact him at JerryHolthouse@Nashville.com
Previous Luke Bryan Declared Billboard’s Top Country Artist Of The 2010s
Next WATCH: Lauren Alaina’s “What Do You Think Of?”