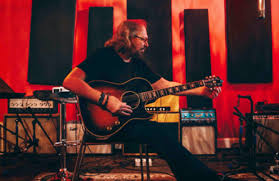 Additionally, The Bee Gees: How Can You Mend A Broken Heart—a new documentary directed by Frank Marshall—will premiere on HBO tomorrow, December 12, at 8:00pm ET/7:00pm CT.

Of recording GREENFIELDS, Barry Gibb shares, “From the first day we stepped into RCA Studios in Nashville (the very place where Elvis, Willie, Waylon, Roy, the Everly Brothers and so many other legends made their magic) the album took on a life of its own. I couldn’t be more grateful for the opportunity to work with Dave and all the artists who stopped by. They were all incredibly generous with their time and talent. They inspired me more than words can express. I feel deep down that Maurice and Robin would have loved this album for different reasons. I wish we could have all been together to do it…but I think we were.”

Dave Cobb comments, “It was truly an honor to work with one of my heroes. The Bee Gees’ first album has always been a staple for me and it was surreal to get to witness the genius of Barry Gibb in the studio—he’s one of the greatest of all time!”

With a career spanning more than five decades, Sir Barry Gibb stands as one of the most renowned and celebrated musicians of the modern era. As co-founder and creative leader of the Brothers Gibb—better known to the world as the Bee Gees—Barry with his brothers, Maurice and Robin, represent one of the most successful vocal groups in rock and roll history, having sold more than 200 million albums to date. With nine #1 singles as a performer, Barry is also amongst the most successful songwriters of all-time (with sixteen #1 singles) and is seventh on the list of most successful producers (with fourteen #1 singles). He is also tied with John Lennon and Paul McCartney for most #1 singles in a calendar year with seven. Among his many awards and honors are eight Grammy Awards, the Grammy Legend Award and, most recently, the 2015 Grammy Lifetime Achievement Award. He is also the recipient of the American Music Awards Lifetime Achievement Award, the BMI Icon Award, four BMI Songwriter of the Year Awards, four BMI Song of the Year Awards and is a member of the Rock and Roll Hall of Fame and Songwriters Hall of Fame. In 2004, Barry received one of Britain’s highest honors when the Bee Gees were made Commanders of the British Empire and, in 2018, was Knighted “Sir Barry Gibb” by Prince Charles for his services to music and charity.

Music editor for Nashville.com. Jerry Holthouse is a content writer, songwriter and a graphic designer. He owns and runs Holthouse Creative, a full service creative agency. He is an avid outdoorsman and a lover of everything music. You can contact him at JerryHolthouse@Nashville.com
Previous WATCH: Lauren Alaina’s “What Do You Think Of?”
Next Brit Taylor Signs With ONErpm