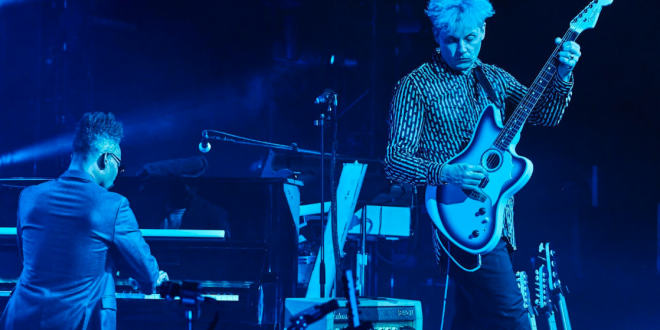 WATCH: Jack White’s “A Tip From You To Me”

Jack White shares an official live performance video for “A Tip From You To Me,” premiering today via YouTube. The video – edited by Brad Holland – features exclusive footage filmed throughout the summer during White’s epic Supply Chain Issues Tour, along with live audio from his August 13 Minneapolis, MN show at The Armory. “A Tip From You To Me” is but one of the many highlights found on White’s chart-topping second solo album of the year, ENTERING HEAVEN ALIVE, available everywhere now via Third Man Records.

ENTERING HEAVEN ALIVE debuted at #9 on the Billboard 200 upon its July release – White’s second top 10 chart debut this year following the April arrival of White’s first solo album of 2022, FEAR OF THE DAWN, which made its own Billboard 200 entry at #4. The two albums also landed atop a variety of additional Billboard charts, including “Top Alternative Albums” and “Top Rock Albums,” marking White’s fourth and fifth consecutive #1 debuts on both charts.

Music editor for Nashville.com. Jerry Holthouse is a content writer, songwriter and a graphic designer. He owns and runs Holthouse Creative, a full service creative agency. He is an avid outdoorsman and a lover of everything music. You can contact him at JerryHolthouse@Nashville.com
Previous George Strait Adds Second Show To Nissan Stadium
Next Charlie Daniels Patriot Awards Raises Over Half A Million