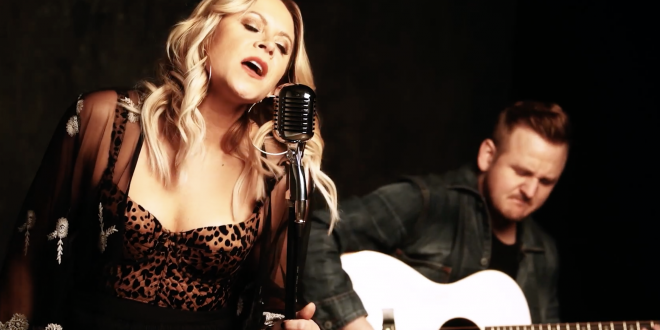 Flying Island Entertainment’s Gwen Sebastian just released the new single “Rock Stars” from her forthcoming CD Once Upon a Time in the West: Act II which will be released digitally late this Summer.

“It’s about bringing passion back into a relationship from a female perspective that’s said in an untraditional way,” says Sebastian.

Once Upon a Time in the West: Act I debuted at #1 on iTunes and garnered rave reviews for Sebastian’s vocals and songwriting.

Sebastian continues to tour with Miranda Lambert when she isn’t writing songs with other songwriters.

Sebastian was a contestant on the second season of NBC’s reality singing competition The Voice. Sebastian chose fellow country singer Blake Shelton to be her vocal coach for the show.

Music editor for Nashville.com. Jerry Holthouse is a content writer, songwriter and a graphic designer. He owns and runs Holthouse Creative, a full service creative agency. He is an avid outdoorsman and a lover of everything music. You can contact him at JerryHolthouse@Nashville.com
Previous Caylee Hammack Makes Her Opry Debut
Next Tanya Tucker Releases Moving Version Of “The House That Built Me”