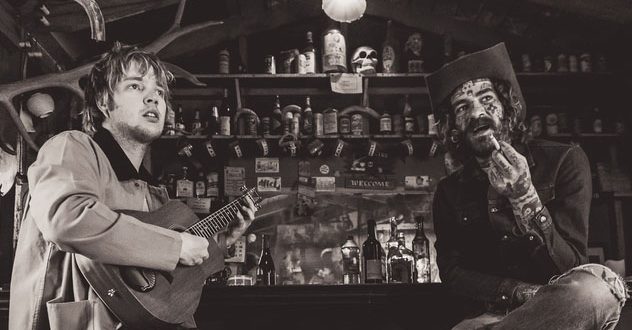 Singer-songwriter Christopher Mansfield (aka FENCES) has collaborated with Billy Strings, the singer, songwriter and musician who picked up the ‘Best Bluegrass Album’ award at last year’s Grammys. Watch it above..

Mansfield says “Globe” was recorded with Jonathan Wilson in Topanga Canyon. We tracked the song live together with the exception of a few over dubs. Billy and I had sorted out the final arrangement of the song over the telephone months before. He was in Tennessee I believe and I was in the woods of California knee deep in snow. He is truly a force of nature and it’s a tremendous honor for me to make art work with him. I hope it hits everyone’s ears with love and fearlessness in the way we intended.”

Over the years, the musician has caught the attention of and collaborated with a diverse group of fellow artists including Tegan & Sara, Macklemore, Death Cab for Cutie’s Chris Walla, Jacquire King (Of Monsters and Men), Nile Marr (son of Johnny Marr), Cedric Bixler-Zavala (The Mars Volta, At The Drive-In) and Ryan Lewis, while touring with the likes of Against Me! and Hellogoodbye.

Music editor for Nashville.com. Jerry Holthouse is a content writer, songwriter and a graphic designer. He owns and runs Holthouse Creative, a full service creative agency. He is an avid outdoorsman and a lover of everything music. You can contact him at JerryHolthouse@Nashville.com
Previous Jake Owen Headlines Ryman Show For A Good Cause
Next IBMA Bluegrass Music Awards Nominations Announced