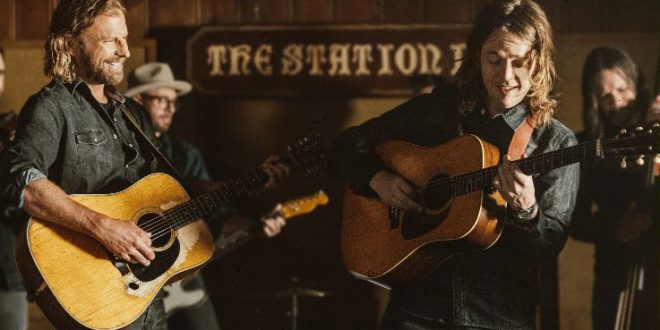 “Bryan Sutton first tipped me off to Billy Strings about seven years ago mentioning that the future of bluegrass was in good hands,” said Bentley. “I was totally blown away the first time I saw him. I’ve cut songs like these since my first record, and I knew I wanted to have him on this one, I’m such a huge fan. It was a lot of fun to have him, Jerry, Sam and Bryan all passing licks around – having them all on this record means a lot to me personally.”

Produced by Bentley alongside Ross Copperman, Jon Randall and F. Reid Shippen, the new track follows the lead single from his 10th studio album “Gold,” where he “cranks up the energy and learns to enjoy the ride.”

That 10th album landmark speaks to how time has flown in Bentley’s unique, 21st-century career. He landed his first publishing deal in 2001 and released his debut album in 2003, producing an instant No. One single. The years since have revealed a rare consistency that’s fueled longevity – eight more albums that reached the top of the Country sales charts, resulting in 21 No. One songs, 6.4 billion streams, three CMA Awards, 14 GRAMMY® nominations and membership into the Grand Ole Opry. Trendy sounds have ebbed and flowed around him over these two decades, but fans have relied on Bentley for something more nourishing and individual. He also has created professional endeavors outside of the music with his Flag & Anthem lifestyle collection Desert Son, along with his “Dierks Bentley’s Whiskey Row” franchise hosting four locations.

Music editor for Nashville.com. Jerry Holthouse is a content writer, songwriter and a graphic designer. He owns and runs Holthouse Creative, a full service creative agency. He is an avid outdoorsman and a lover of everything music. You can contact him at JerryHolthouse@Nashville.com
Previous LISTEN: Lanie Gardner’s “Better Luck Next Guy”
Next Latina Songwriters Group Performs First-Ever Latina Writers Round