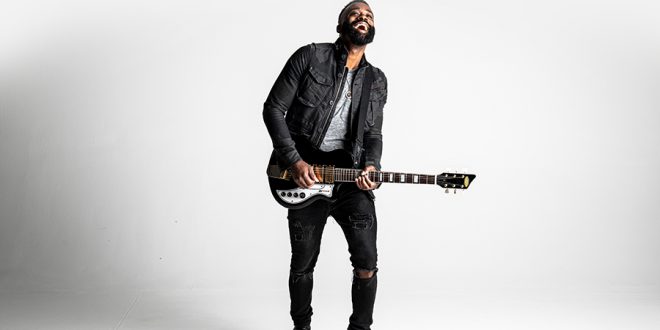 Grammy winning, singer-songwriter Curt Chambers recently released a new single and music video “Roll With It”. This rising country music artist is making a name for himself in the country music world with his music which fuses his r&b roots. His smooth and captivating vocals are set to lyrics crafted for fans of country music.

Roll with it was inspired by his own journey traveling back and forth from Nashville – Los Angeles where he is working with Dr. Dre. He brings the song to life with his romantic vision of meeting and courting a beautiful woman, much like his relationship with his music career. “The whole nuclear of Roll With It embodies a mash up of where I live and how I operate, bouncing between Nashville and California. I have always been influenced by the different styles of music that I love. I brought in my good friend and co-producer Dem Jointz (Dr. Dre, Anderson Paak, Chris Brown). His hip-hop touch matched very well with my vision for the song and how I like to create hybrid country music,” Chambers says. “I wanted to write and collaborate with some of my friends that also go back and forth from California to Nashville, so that I can write and produce music that embodies that hybrid approach and feel. I have and an immeasurable love for soul, rock, hip-hop and country music and plan to always find an interesting balance while combining the different genres.” “I was sitting at the piano when we started,” Chambers tells Billboard. “That explains the chords in the intro and the bridge. I always want to play overly musical chords, so my friends have to pull me back in at times. I always want to put something in there for the musos out there. Will.i.am said that one time in band rehearsal. I stole that from him. Rap Star Xzibit says, “Curt Chambers embodies what it means to be a true musician. He plays the guitar like you and I breathe, effortlessly. I’ve seen him rock the stage with our camp around the world. Curt is a true talent and a great person.”

The single was co-written with Curt Chambers, Brittany Knott, Taylor Nash, Ryan Sorestad. An independent artist, Chambers has seen success in the hip-hop world working with various acts including R&B singer Jaheim, Eminem, Chris Brown among many others. Currently, he’s in the studio with Dr. Dre and Dem Jointz where the trio are collaborating on a country project of his own. “Curt Chambers is not only multi-faceted, but a straight up master at all trades,” Dem Jointz says.

Chambers is not new to the country music circuit by any means, he is just super-human and has navigated between his relationship and music in Los Angeles and his love of country music with great ease. He has toured with Chris Young, Florida Georgia Line, Tyler Rich, Jake Owen, Dustin Lynch and many more and he has played a vast array of stages including Coachella and Stagecoach.

“Roll With It” is available at all digital retailers.

Music editor for Nashville.com. Jerry Holthouse is a content writer, songwriter and a graphic designer. He owns and runs Holthouse Creative, a full service creative agency. He is an avid outdoorsman and a lover of everything music. You can contact him at JerryHolthouse@Nashville.com
Previous Endurance Music Group Signs ASCAP Songwriter Ben Stoll
Next IT’S OFFICIAL: Willie Nelson Is Done With Pot