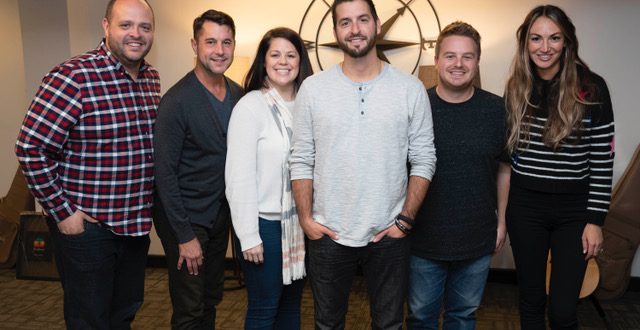 “Ben has the unique ability to steer a lyric to be incredibly memorable. He’s already begun paving his way through Nashville and we’re looking forward to continuing that journey with him,” say Josh Saxe, Endurance’s Senior Creative Director.

Stoll was born and raised in rural Minnesota, where he grew up hunting, fishing and playing various sports. While playing Division 1 basketball, he started to seriously consider trying his hand at songwriting. After working in the oil fields of North Dakota for a stint, Stoll packed up his Jeep and headed for Nashville. He has a knack for bringing fresh ideas and pointed lyrics into his co-writes.

Music editor for Nashville.com. Jerry Holthouse is a content writer, songwriter and a graphic designer. He owns and runs Holthouse Creative, a full service creative agency. He is an avid outdoorsman and a lover of everything music. You can contact him at JerryHolthouse@Nashville.com
Previous “CMA Country Christmas” Airs Tomorrow Night on ABC
Next WATCH: Curt Chambers New Single “Roll With It”