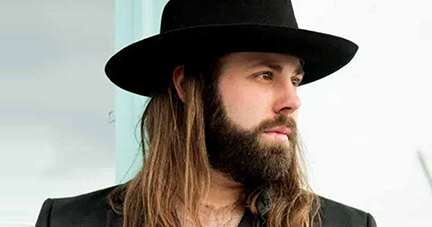 “One of the first songs I wrote over zoom during 2020, and I kept coming back to it when we got in the studio but I wanted to keep it broke down,” said CJ. “Reminds me of a classic 70s rock melody with modern lyrics and if you know me, you know I love blending the two!”

CJ’s current radio single, “All I Can Think about Lately,” has been one of the most added songs on the MusicRow chart since its release and jumped from 15-7 on the CDX TRACtion True Indie Chart after being this week’s greatest spin gainer.

Look for Solar at City Winery on May 17 right here in Nashville.

CJ has released three EPs yielding the Top 15 hits “American Girls” and “Airplane” and the Top 10 “Coming My Way” and garnered over five million overall streams. He received the MusicRow Independent Artist of the Year Award in 2019.

Music editor for Nashville.com. Jerry Holthouse is a content writer, songwriter and a graphic designer. He owns and runs Holthouse Creative, a full service creative agency. He is an avid outdoorsman and a lover of everything music. You can contact him at JerryHolthouse@Nashville.com
Previous Kelsey Waldon Debuts “Sweet Little Girl”
Next Country Rocker Tim Montana Drops “Reno”