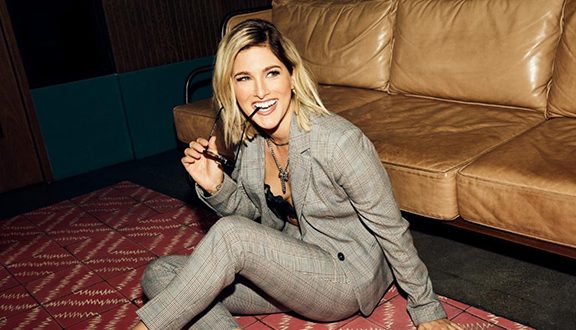 After a long chain of tumultuous life changes, Cassadee Pope independently released a collection of exceptionally personal songs aptly titled STAGES earlier this year. Although she describes the album as reflective of that period of time, it proved to be prophetic preparation for new experiences of hope and despair ahead and a re-connection with her past.

“When I started recording STAGES there was one song (“I’ve Been Good”) I was holding back on,” says Pope. “It goes there…I mean, it really goes there.”

“I wanted everyone to know that I was on the other side of that time in my life. Because I really was,” Cassadee reflects. “Life continued to happen as we were releasing songs from the album and truly amazing things were happening. But, I could still remember the pain I felt going through those rough stages and it felt therapeutic to sing those songs still.”

As a teenager Cassadee fronted the punk rock band Hey Monday, best known for the 2008 global hit “Homecoming”. As her band toured the world, she crossed paths with other young artists who would also find their way to Nashville later in life. One such artist was Andy Albert of the duo Bonaventure with Dan Smyers (of Dan + Shay).

Albert recalls watching Hey Monday perform at The Bamboozle festival in 2008 and becoming an instant fan. Fast forward to 2019 and the two reconnect to reassemble the pieces of their paths. Now a country hitmaker, Albert performed “I’ve Been Good” at a Nashville writers round Pope had attended nearly five years before recording STAGES .

“That was the first time I had played it anywhere for anybody,” said Albert. “I just decided to play it on a whim and she just happened to be in the room. After the set she came up and asked if I would be okay if she recorded it. That was the first and only time that has happened for me. I remembered thinking ‘I’ve known Cassadee forever, but this is like a Nashville fairytale.'”

“It’s really cool that we have this history of having a similar upbringing,” says Pope. “And now we’re working together again…it’s full circle.” Watch the full conversation below.

Music editor for Nashville.com. Jerry Holthouse is a content writer, songwriter and a graphic designer. He owns and runs Holthouse Creative, a full service creative agency. He is an avid outdoorsman and a lover of everything music. You can contact him at JerryHolthouse@Nashville.com
Previous Doyle Lawson Still Going Strong At 74
Next Chris Lane Announces “Big, Big Plans Tour”