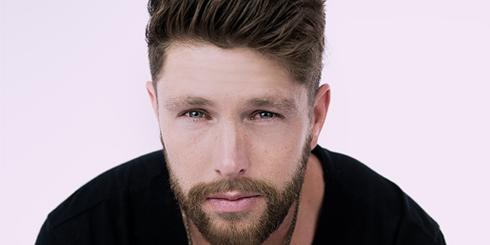 Chris Lane is set to kick off his headlining tour on October 31st in Cincinnati, Ohio. The Big, Big Plans Tour will find Lane blitzing 29 cities from coast-to-coast with supporting acts Gabby Barrett, Blanco Brown and Ernest (on select dates).

His current single “I Don’t Know About You” has just cracked Country radio’s TOP 10, a romantic jam which is already certified gold with more than 222 million streams to its credit. It’s Lane’s fourth-straight gold or platinum single, and another driving force behind his career total of over 1.1 billion streams.

“After a top-notch summer touring with Brad Paisley, I couldn’t be more excited for my Big, Big Plans tour to kick off! Having artists like Gabby, Blanco, and Ernest out with me will make it a fun show from start to finish,” says Lane. “I’ll be bringing the energy and may even have some surprises in store. We’ve amped up the production to a new level and I can’t wait for people to see it!”

Tickets for Lane’s Big, Big Plans Tour will go on sale to the general public this Friday (9/6) at 10 a.m. local time. Lane will make a stop in Nashville at the Marathon Music Works on January 23rd.

Music editor for Nashville.com. Jerry Holthouse is a content writer, songwriter and a graphic designer. He owns and runs Holthouse Creative, a full service creative agency. He is an avid outdoorsman and a lover of everything music. You can contact him at JerryHolthouse@Nashville.com
Previous Watch: Cassadee Pope Sings “I’ve Been Good”
Next Cody Purvis Signs Deal With Red 11 Music