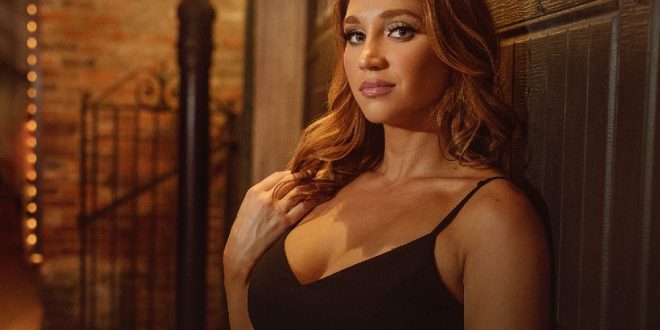 Nashville.com is proud to be debuting Bree Jaxson’s new video for her latest single “Make Me Hate You.” The song comes from a deeply personal experience in the rising star’s life, the anguish and conflicted feelings that come with the possibility of divorce. “This song still breaks my heart every time I hear it. I wrote this from a very vulnerable and confused place. My husband and I were separated at the time and couldn’t figure out whether to pull the trigger on divorce. We knew we loved each other, but it wasn’t working. Nothing major had happened between us we just couldn’t get on the same page and I remember after seeing him, feeling like I wish he would do something to make me hate him so this choice would be easier and that’s when I wrote a song about it” explains Jaxson.

In this powerful video Jaxson begs for a way to move on that won’t result in regret. She doesn’t want to end up missing what she had. At the same time, she doesn’t want to find herself wondering about what might’ve been had she stuck around. If her partner would only give her a reason to leave him, she could move on guilt-free. But it’s hard to hate Jaxson, the Baltimore, Maryland native is an Afghanistan combat war veteran and has spent the last ten years serving in the United States Air Force. Her career started in the military by building bombs, rockets and missiles and has now stepped into the role the Deputy Commander for Cyber Space Operations for the Texas Air National Guard.

“Make Me Hate You” was mastered by Daniel Bacigal and Raelynn Janicke at Infrasound Music. It features Chris Condon on guitar, Caleb Mundry on bass and Daniel Ford on drums. In December 2020, Bree signed a distribution deal with Heart Songs Records. The song is now available on all digital download and streaming platforms.

Music editor for Nashville.com. Jerry Holthouse is a content writer, songwriter and a graphic designer. He owns and runs Holthouse Creative, a full service creative agency. He is an avid outdoorsman and a lover of everything music. You can contact him at JerryHolthouse@Nashville.com
Previous Parker Millsap Drops Another Song “Dammit”
Next Brett Young Scores His 7th #1 With Lady