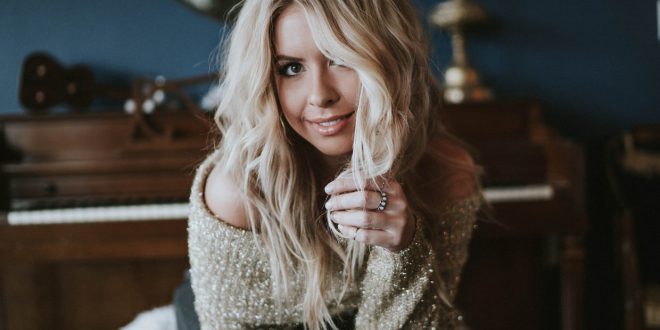 Up And Comer Logan Murrell Signs With Riser House

Logan Murrell is not a newcomer. At 23 years old, the songwriter has already been performing for nearly 15 years, graduating from informal gigs on the street corners of her native Knoxville, Tennessee — where she first busked for tips as a 9-year-old — to the recording studios of Nashville, where she is currently working on original songs with GRAMMY nominated producer, Garth Fundis.

One of those new songs, “First Year,” will be released worldwide on October 25th, thanks to Murrell’s new partnership with the Nashville-based label Riser House, a proven launch pad for notable artists including 2018 breakout, Mitchell Tenpenny. For Murrell, the release of “First Year” isn’t necessarily the beginning of a new chapter — it’s a continuation of the drive she’s had for years, ever since she began playing piano when she was just 4-years-old.

“I couldn’t get enough of it. I could hear arrangements in my head and all I wanted to do was make music and sing,” says Murrell.

She took that love of music to the sidewalks of her hometown where she busked — with mom not far from her side and an array of stringed instruments she taught herself to play, in her arsenal. “When I played, the time seemed to pass quickly; I loved interacting with the passersby. Some would dance, some would sing along, but they’d all smile and I appreciated that the most.”

Raised on country and bluegrass music, Murrell now carries the torch for what she proudly calls “the East Tennessee Sound”: a rootsy blend of music that encompasses everything from the twang of Dolly Parton to the soulful swagger of classic rock.

Gluing that diverse sound together are her nuanced vocals, which earned her a spot in a number of Pigeon Forge variety shows while she was still an adolescent, and her songwriting chops, whose cross-genre appeal is the result of a personal music collection that includes everything from Tyler Childers to the hit-makers on SiriusXM’s Alt Nation station. She’s a true artist of the streaming generation, writing songs that are rooted in country but influenced by a wider range of sounds.

“I like so many different types of music and they all made me who I am,” says Murrell, who released the soulful breakup song “Her Name” on September 20.

Of her studio work, Garth Fundis says, “I was hooked from my first meeting with Logan and heard for myself the extraordinary talent she possesses. The girl can sing, she’s a great musician… and she can write! Working in the studio with her was sheer joy. She has a great grasp of who she is, what she wants her music to sound like, and how it will connect with listeners. She’s got soul!”

Now signed to Riser House — whose co-founder, Jennifer Johnson, has been a fan of Murrell’s since her early teenage years — Logan Murrell is no longer an independent musician strumming songs on a Knoxville street corner. Instead, she’s a force to be reckoned with, partnered with a producer whose hit-filled history — including projects with Keith Whitley, Alabama, and Sugarland — makes him the perfect collaborator for country music’s newest powerhouse.

Johnson says, “From the moment I met this darling East Tennessee prodigy, I was enamored. Logan captivates with her musical stories, soulful voice and masterful guitar sounds. She plays chords no one would imagine playing, and pairs them with vocal nuances that are hypnotizing.”

“I am thrilled to finally be living full time in Nashville, surrounded by a melting pot of talent. Riser House has positioned me amid an inspiring group of great artists and writers,” says Murrell. “2020 is really gonna be special. The friendships I’m forging here and the love that I have been shown will carry me through this magical musical adventure.”

Logan is still performing but limiting her live shows to offer space for writing and recording a full length album due out in 2020.

Music editor for Nashville.com. Jerry Holthouse is a content writer, songwriter and a graphic designer. He owns and runs Holthouse Creative, a full service creative agency. He is an avid outdoorsman and a lover of everything music. You can contact him at JerryHolthouse@Nashville.com
Previous NMAAM Announces Three New Co-Chairs
Next King Calaway To Release Christmas Album