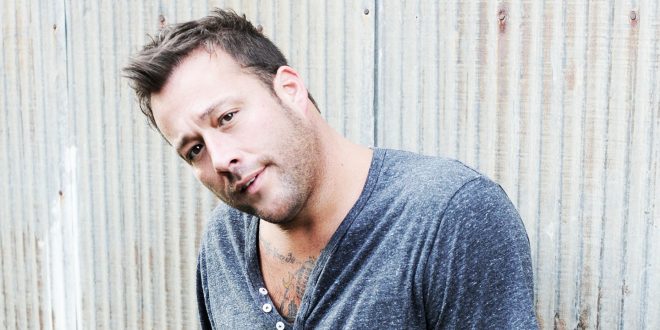 Uncle Kracker Releases “No Time To Be Sober”

Like most global citizens, Uncle Kracker has been sheltering safely at home for the last six weeks but that didn’t keep him from injecting a little humor in a serious situation. While hunkered down, he connected with Trick Pony’s Ira Dean and longtime collaborator Frederick Beauregard (AKA Paradime) to write “No Time To Be Sober.” The hilarious song dealing with passing the time in isolation was produced and engineered by Josh Bright and will be released this Friday, May 1, 2020 on Sturgeon General Records.
“Having recently lost my grandma to COVID 19, I understand the seriousness of it all too well,” said Uncle Kracker. “God knows I’ve had plenty of time in this house to reflect. The only real good thing I could come up with is that she is with my grandpa now, sipping on some Baileys while he’s drinking a Bud Light. This one’s for them. They lived thru tougher times than these and taught me how to make the best of every situation. This song is nothing more than that. Cheers Gramma, I love you and FU C19.” 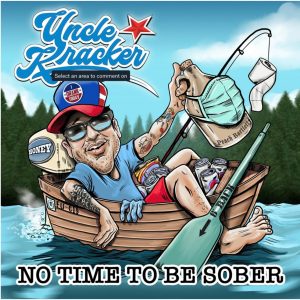 Since Uncle Kracker was confined to his Michigan home, he enlisted his daughters Madison Blue Shafer and Troy Averie Shafer to shoot, direct and edit the “No Time To Be Sober” music video. The fun clip, shot in various rooms in his home and back yard, will begin airing nationally soon.
A little-known fact about Uncle Kracker is he is an avid fisherman who learned how to fish for bass and walleye from his grandfather. He has been a guest on several fishing top podcasts in recent weeks including  Stray Casts ,  Point Click Fish  and  Blue Fish Radio .
Prior to social distancing, Uncle Kracker had begun writing and recording new music to be released beginning early this summer. Initially known for his role as DJ in Kid Rock’s legendary Twisted Brown Trucker band, Uncle Kracker soon kicked off a stunning solo career of his own. The Detroit-based singer and songwriter made his solo debut with 2001’s #1 smash, “Follow Me,” kicking off a run of top 10 multi-format hits like “In A Little While,” “Smile,” and of course, 2003’s record-setting cover of Dobie Gray’s classic “Drift Away.”

Music editor for Nashville.com. Jerry Holthouse is a content writer, songwriter and a graphic designer. He owns and runs Holthouse Creative, a full service creative agency. He is an avid outdoorsman and a lover of everything music. You can contact him at JerryHolthouse@Nashville.com
Previous WATCH: Nathaniel Rateliff Premieres “Willie’s Birthday Song”
Next NMAAM Adopts A Street IN Downtown Nashville