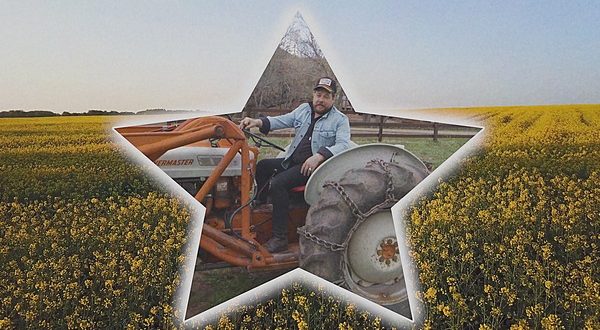 On Friday, Rateliff debuted “Willie’s Birthday Song,” which Rolling Stone praised as “joyful” and Consequence of Sound called “A swinging country ditty.” The track is also the latest installment of The Marigold Singles, which is an ongoing project to raise money for Rateliff’s foundation, The Marigold Project, supporting community and nonprofit organizations working for economic and social justice.

“Willie’s Birthday Song” will appear on the B-side of a limited edition 7” that will be released this summer. The A-side will be a duet by Rateliff and Willie, which will at that time be available digitally. Proceeds will support Farm Aid, whose mission is to keep family farmers on their land, and StrongHearts Native Helpline, which confronts issues of domestic violence in the Native American community.

“Farm Aid is honored to be a beneficiary of this song Farm Aid’s founder, Willie Nelson. We’re grateful that Nathaniel Rateliff and his foundation, The Marigold Project, are part of the Farm Aid family. The work they do to support so many communities and advance racial and social justice is critical, especially in these times” said Farm Aid’s executive director Carolyn Mugar.

StrongHearts is a culturally appropriate, anonymous, confidential service dedicated to serving Native American survivors of domestic violence and concerned family members and friends. “We are honored to be chosen as a beneficiary of this special project,” said StrongHearts Director Lori Jump.

The band initially met Willie through their work with Farm Aid and over the years developed a friendship, connecting on the agricultural benefits of sustainable family farming. Last year, Nathaniel Rateliff & The Night Sweats released a special edition cannabis collection under Willie’s Reserve. As part of this collaboration, the band hoped to bring attention to the positive impacts legalization has had on local economies and opportunities in agriculture.

Rateliff established The Marigold Project in 2017. In 2018, The Marigold Project hosted a day of workshops and a rally focused on gun violence prevention, and in December the foundation hosted a summit in Denver concentrated on community and coalition building. Attendees learned from activists and advocates across the country with decades of experience in community building for positive and lasting change.

Music editor for Nashville.com. Jerry Holthouse is a content writer, songwriter and a graphic designer. He owns and runs Holthouse Creative, a full service creative agency. He is an avid outdoorsman and a lover of everything music. You can contact him at JerryHolthouse@Nashville.com
Previous Willie Nelson Celebrates 87th birthday
Next Uncle Kracker Releases “No Time To Be Sober”